Tyler Perry is at it again with a blockbuster soap opera The Oval. The soap opera talks about a family that is placed in the White House by the people that are in power it also gives an insight into the personal side and everyday lives of the staff in charge of the runnings of the inner workings of the nation’s most iconic residence. 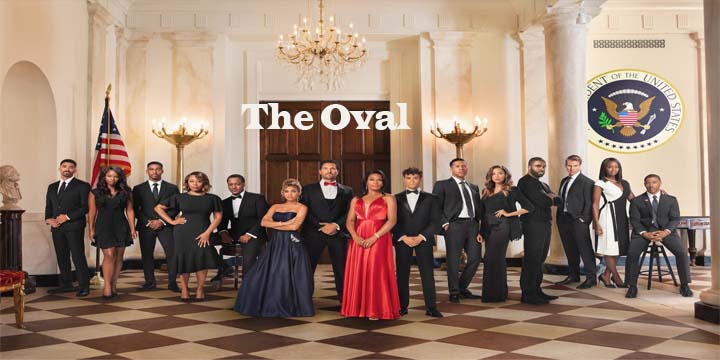 The provocative storyline helps make it clearer that things are mostly never the same as they appear to be in the public. It shows how we mask our true selves just to present a perfect life to the public but inside is the true character and pain that haunts us.

The Oval is filled with so many wonderful cast that interprets their character well enough for you to be able to understand the soap opera. Don’t take my word for it a trial will convince you. all you need do is to just get the first season and watch, you will definitely thank me later.

The oval is a dramatic television series that shows the relationship of the president, first lady, and the first children as they navigate their new life and try to adjust to their new living in the White House. It captures the strong family values of Hunter on the campaign trail, his family’s weakness.

More than anything the oval will be able to captivate your interest with so much suspense; hmmm you don’t want to miss this one. Apart from the president’s family, there are other interesting characters like the honorable and trustworthy secret serviceman with his devoted wife. The oval is a poignant look behind the veil.

Below are the names of some of the cast in the television series The Oval;

You can get more information on the casts by clicking here.

Tyler Perry is an American playwright, actor, screenwriter, producer, and director. His original name was Emmitt Perry, Jr., he was born in the year 1969 on September 13 in New Orleans, Louisiana, U.S. his work often portrays the character Mabel (Madea) Simmons, who is an outspoken grandmother who combined humor, religious wisdom, and personal triumph.

Perry had a difficult childhood, growing up with a father who was physically abusive. He attempted suicide, dropped out of school. But, later on, went on to pass a high school equivalency exam. After a life-changing encounter when he heard a television personality Oprah Winfred suggests the writing down of personal experiences could be cathartic.

Perry on his own began to keep a journal, which evolved into his first play, I know I’ve been changed. Although he had a rough start, he used all his past experience to build a better image of himself. Almost all his play has been blockbuster. Get more information on Tyler Perry by clicking here.

The Available Seasons of the Oval