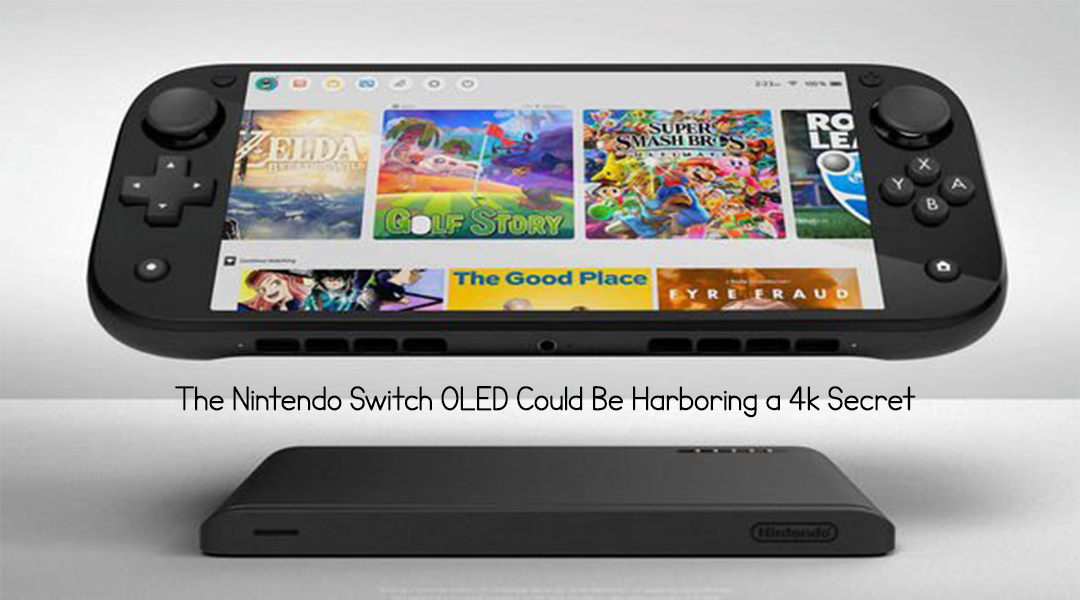 According to TechRadar, Twitter user @KawlunDram posted about the specific chipset inside the Switch OLED dock, a Realtek chip listed as a “4K UHD multimedia SoC”.

That, added to the inclusion of an HDMI 2.0 cable with the new Switch OLED consoles, shows that the dock itself should be capable of outputting 4K/60fps to a compatible television, even if the Switch hardware itself isn’t.

The Nintendo Switch OLED Could Be Harboring a 4k Secret

4K gaming is more demanding than simply video to output, of course, and there’s nothing to suggest that the Switch’s current processor is going to magically start performing in that area without any issue. But it does look like the groundwork is being laid for 4K – we just need to figure out how it all pieces together.

An HDMI 2.0 cable certainly suggests that the Switch OLED Dock is intended to be used for higher-resolution output at some point.

It could be a canny bit of backward compatibility for those who choose to buy a 4K Switch when and if it eventually releases – allowing gamers to buy a standalone console without the dock, or at least have two 4K-capable docks in their home to shuttle their consoles around.

There’s also the possibility of a firmware update opening up some hidden capabilities, as we saw with Nintendo releasing Bluetooth headphones support – four whole years after the console first launched.

However, as data miner @SciresM points out, the Realtek chip could be there to support improved audio transfer, or to support the introduction of an Ethernet port – new to the Switch OLED – rather than necessarily 4K upscaling.

It’s also possible that Nintendo is simply using some 4K-ready hardware in its console chain ahead of a 4K model.

It’s likely cheaper to buy 4K-ready chips en masse, and Nintendo may have made the business decision to invest in certain chipsets and cables preemptively, even if they’re not being used to their full potential just yet.

When the 4K Switch gets to release it might just release with an identical (or near-identical dock), requiring fewer alterations and therefore obstacles to proceed to a next-gen iteration. You shouldn’t expect your Nintendo Switch to start churning out 4K gameplay overnight, then.

Some of us would love to see the Switch OLED dock aid upscaling and take some of the pressure of a 4K TV’s processor, given cheap 4K displays can struggle on this count or the introduction of HDR.

Though watching the hype cycle around the long-rumored ‘Switch Pro’ means we’re a bit tired of disappointment in this area.

Given that releases of Switch consoles so far have been roughly two years apart, it’s likely that a 4K Switch, or at least a Switch OLED follow-up, wouldn’t arrive until 2023 at the earliest. In the meantime, let’s all hope the upscaling on your Ultra HD TV is working out ok for you.