Tesla continues to ignore the government request to help fix autopilot. The National Transportation Safety Board is not happy with Tesla’s failure to respond to its safety recommendations made four years ago concerning the company’s controversial driver assist feature, Autopilot. 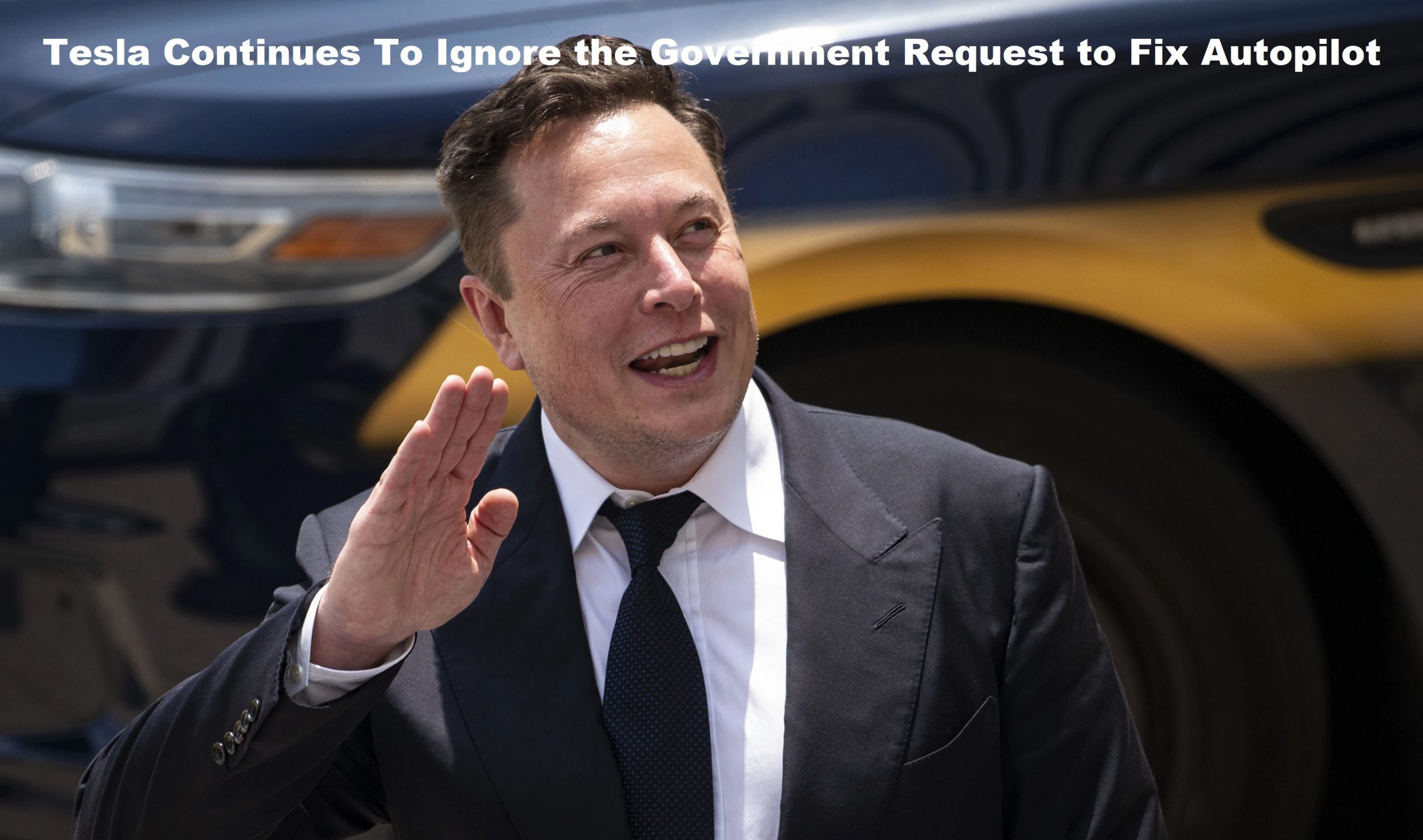 In 2017, NTSB recommended that Tesla and five other automakers install driver monitoring systems in their vehicles to ensure that drivers stay vigilant even when active safety systems are engaged. The board also implored automakers to limit the use of driver-assist features on highways.

The recommendations were made in response to an investigation into a crash in which a Tesla owner was killed when his car slammed into a truck that was crossing a highway.

According to the verge, the five other automakers officially responded to the recommendations within the 90-day window that the safety board prescribes, and the NTSB officially flagged those responses as acceptable.

But while Tesla did increase the frequency of alerts when drivers take their hands off the steering wheel while using Autopilot, Tesla never officially responded to the recommendations.

The Board Is “Deeply Concerned” With Tesla’s Inaction

The board is “deeply concerned” with Tesla’s inaction in responding to the recommendations, NTSB said in a letter released Monday. In fact, Tesla’s failure to respond has led to additional crashes and further safety lapses, NTSB Chair Jennifer Homendy said in the letter to Tesla CEO Elon Musk.

“You have stated that ‘safety is always the primary design requirement for a Tesla,’” Homendy writes to Musk, before going on to lament the recent release of the company’s Full Self-Driving beta software update the enables some Tesla owners to use a more advanced version of Autopilot on the city and residential streets.

“If you are serious about putting safety front and center in Tesla vehicle design, I invite you to complete action on the safety recommendations we issued four years ago,” she concludes.

NTSB Has No Enforcement Authority

The NTSB can conduct investigations and make recommendations but has no enforcement authority. NTSB isn’t a regulatory agency and, as such, lacks the ability to force Tesla’s hand.

The National Highway Traffic Safety Administration, which has the ability to issue recalls, is currently investigating possible defects in Autopilot that may have caused nearly a dozen crashes involving stationary emergency vehicles.

This isn’t the first time that NTSB has called Tesla out for its failure to respond to its recommendations. Last year, former NTSB chair Robert Sumwalt made similar criticisms about Tesla’s inaction during a hearing about a fatal 2018 crash that involved Autopilot.

Earlier this year, Homendy said in an interview that Tesla should address “basic safety issues” before the carmaker expands the Full Self-Driving beta to more customers.