Everdale, Supercell’s Next Game is Going to be All About Cooperation. Supercell is the name of the Finnish developer who created some of the best hits mobile games. He is the creator of the popular game Clash of Clans and Brawls Stars. 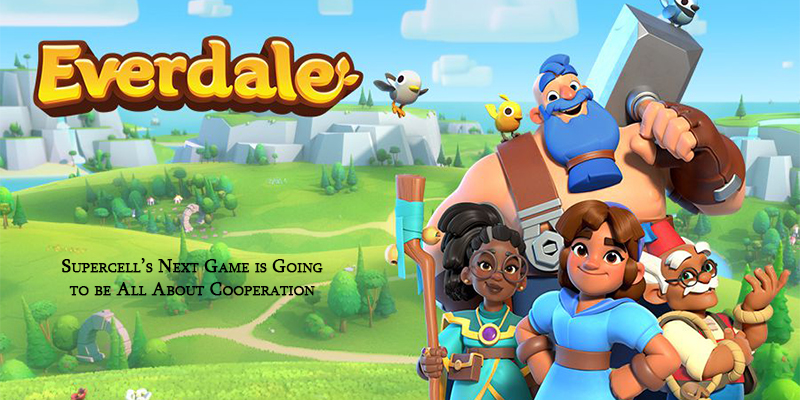 Today (Monday, August 23, 2021) he announced his next game, and it’s going to be titled Everdale. Currently, Everdale is looking like a big departure for the popular Clash of Clans developer.

Supercell’s Next Game is Going to be All About Cooperation

The popular mobile game creator Supercell has described how the upcoming release Everdale is going to look like. According to him, it is a peaceful building game based on cooperation and friendship. There is a video on YouTube showing what the game looks like. Here is the link. While there may have been a lot of games about building towns and villages, the hook that this game is bringing is that you build alongside other players. The game already sounds fun right?

The Basic Setup of Supercells Next Game “Everdale”

The game has a pretty simple setup. There is a very large valley in which you are going to find your village. In your village, you and nine other players are to work together to build a big and wondrous utopia. While in the valley, you are going to meet a whole cast of different characters, trade with merchants from far-off lands, make hand-crafted goods, and so on.

More interestingly, you can jump into several local adventures and level up your villagers at the esteemed valley guilds. While most of Supercell’s previous games are centered on conflict and battles, this new game (Everdale) is centered on peace and cooperation. Also, the game is set in a new universe.

The concept of this new game is just amazing that people are actually anticipated to see what it really looks like. However, take note that you can check out the game today depending on where you are based. According to The Verge, the game is going into soft launch in a handful of countries including Canada, the UK, Australia, Nordics, Singapore, New Zealand, Hong Kong, Malaysia, and the Philippines.