Finally, Sony has Revealed the New PS5 Cover along with Matching DualSense Controllers. When the news concerning PlayStation 5 covers being removable first came, well, it was certain that there would be custom PS5 covers. 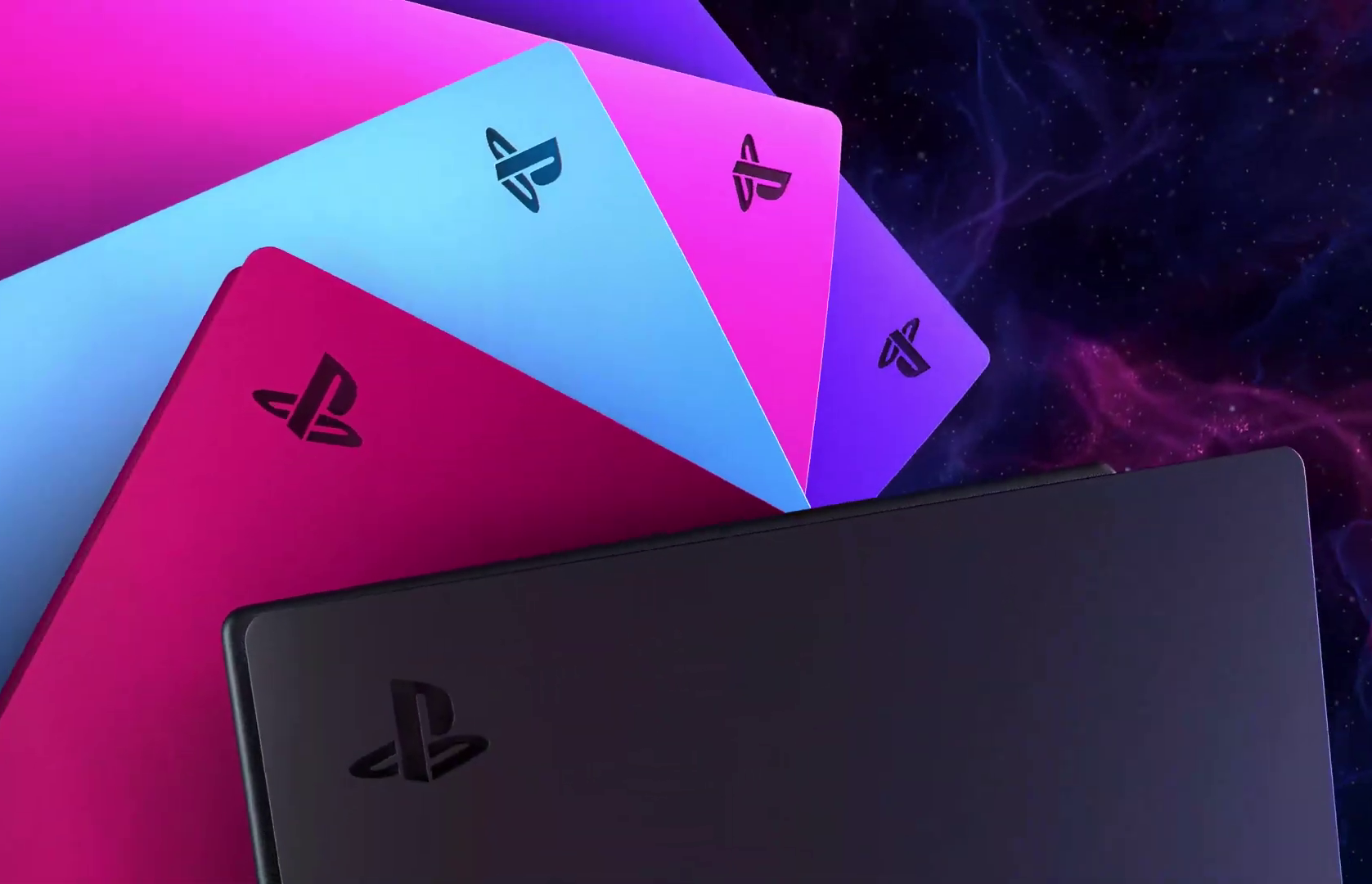 While Sony became more aggressive in stopping third parties from selling out custom PS5 covers, they did not reveal covers of their own for the whole first year of PS5’s existence. Well, this finally changed with the announcement brought to us by Sony concerning a batch of new PS5 covers in a range of colors.

Today, Sony on their PlayStation Blog Announced the Five sets of PS5 covers in Nova Pink, Midnight Black, Cosmic ed, and Starlight Blue, and Galactic purple. All these covers serve as covers to the PlayStation standard white covers, and they would be available to retailers throughout the first half of 2022.

Each of the covers comes with a set of matching PS5 DualSense controllers. Sony has already launched their midnight Black and Cosmic Red DualSense Controllers earlier this year, and with this launch, we would be seeing the Nova Pink, Starlight Blue, and Galactic Purple controllers join the lineup. These comprise Sony’s “galaxy-inspired” accessory lineup for the PS5.

For quite some time now, the fans have been seeking swappable covers for the PS5, but right up until this point, Sony has remained relatively quiet on the matter.

Well, the company decided to go after third-party companies that are selling custom PS5 covers of their own, stating that Sony has set out plans for a first-party offering. After this announcement, we get to see Sony’s plans finally becoming a reality, although it happens to be occurring much later than we expect.

Unfortunately, Sony did not go deep into details concerning pricing for the accessories. However we should be expecting the Nova Pink, Starlight Blue, and the galactic Purple controllers to be running at $74.99 each, as that’s the MSRP for the cosmic Red controller. Well, on the other hand, the Midnight Black and the standard White controllers would cost around $69.99 each.

Sony has confirmed that in January 2022, we would be receiving the Nova Pink, Starlight Blue, and Galactic Purple controllers. And they would be joined by the cosmic red and midnight Black covers. Those would be made available at retailers that are in the:

as stated by Sony.

At some point during the first half of 2022, we would see the Nova Pink, Galactic Purple, and starlight Blue PS5 covers. These covers would be available in the same region stated above as Sony still has other plans to launch them in more countries next year.