Samsung’s New A03 and A03 Core Look like Big Bargains but We Can’t Quite Tell Yet. Do you know that Samsung has quietly added two new devices to its entry-level A-series lineup? I guess you don’t know. It’s the Galaxy A03 and Galaxy A03 Core. And while both devices don’t yet have a set price, we can predict that they will both be pretty affordable, considering how Samsung prices the rest of its A-series devices. 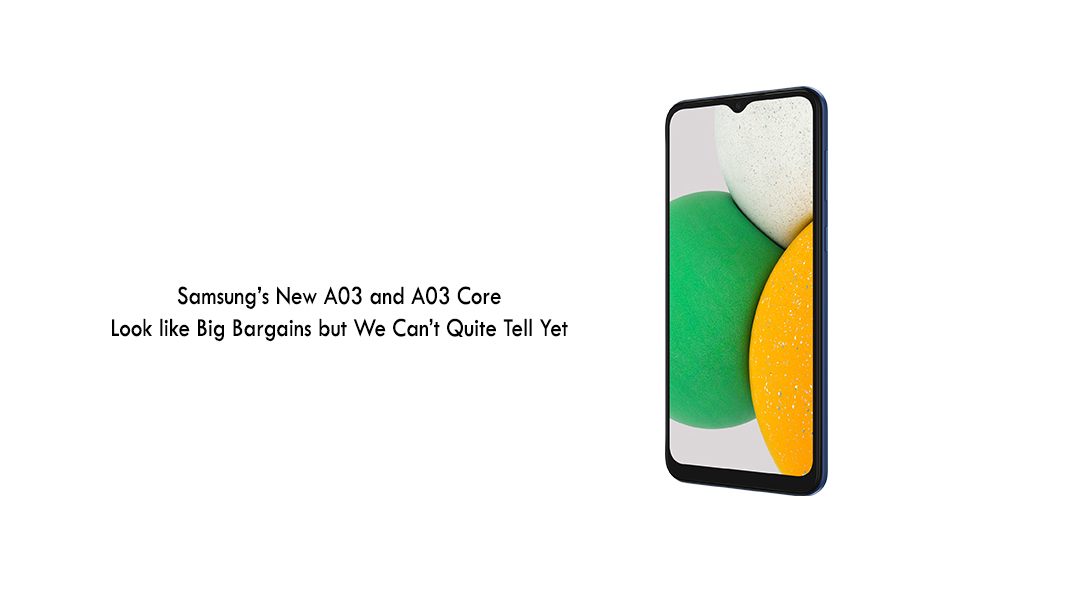 An infographic posted on Samsung’s site outlines the A03’s specs (via 9to5Google). The device comes with a dual rear camera with a 48MP main sensor and a 2MP depth sensor.

This in turn helps the camera focus on the main subject of the photo rather than giving you a different ultrawide or zoomed-in perspective. Meanwhile, the front of the device comes with a waterdrop notch containing a 5MP selfie camera.

According to the verge, the A03 sports a 6.5-inch HD Plus Infinity-V display, and a 5,000mAh battery. In terms of performance, it comes with an unspecified octa-core 1.6GHz chipset, as well as options for 3GB or 4GB of RAM and 32GB, 64GB, or 128GB of internal storage.

Details for the separate Galaxy A03 Core can also be found on Samsung’s website, but unlike the standard A03, it doesn’t have a fancy infographic. As its name implies, it seems like the A03 Core is a stripped-down version of the standard Galaxy A03.

More on the Device Reviews

The device has a single 8MP camera on its rear and a 5MP selfie camera, packing 2GB of RAM and 32GB of built-in storage.

Aside from that, the device also has a 5,000mAh battery and the same 6.5-inch display size as the A03. Like the base A03, Samsung has yet to reveal which company manufactures the A03 Core’s octa-core chipset.

Samsung doesn’t provide any details on pricing, but judging by the A03s’ £139 (around $185 USD) price tag which was released outside of US markets in September the A03 and A03 Core will likely have similar budget-friendly prices.

It’s unclear which version of Android these phones will ship with, or when Samsung will officially release the devices.

Samsung also doesn’t explicitly state where the A03 and A03 Core will be available, but there’s a possibility that they’ll both reach the US, considering that the A02s and other A-series phones did earlier this year.