Russian Space Craft Returns to Earth with Movie Crew Aboard. A Russian actress and director-producer who spent 12 days aboard the International Space Station returned to Earth early Sunday along with cosmonaut Oleg Novitskiy who had been in space for 191 days. 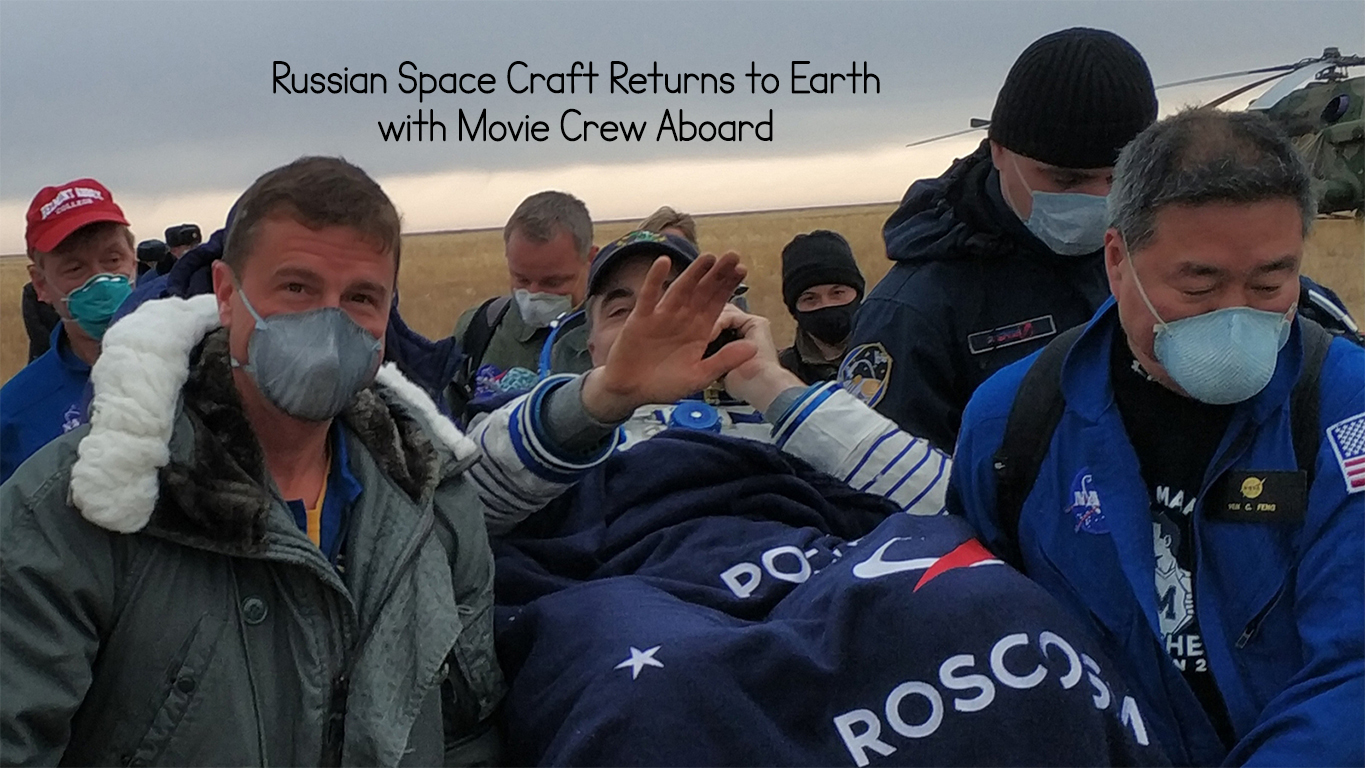 According to the verge, Actress Yulia Peresild and director-producer Klim Shipenko went up to the ISS on October 5th, to film scenes for the upcoming movie The Challenge, about a Russian doctor, played by Peresild, who travels to the space station to treat a sick cosmonaut.

The three were aboard the Soyuz MS-18 spacecraft, which landed at 12:35 AM ET in rural Kazakhstan and will return to Russia later Sunday. Novitskiy arrived at the ISS on April 9th for his third mission and has now spent a total of 531 days in space.

Russian Space Craft Returns to Earth with Movie Crew Aboard

The Soyuz craft the three were on had a bit of trouble Saturday when its thrusters stayed on longer than expected during an engine check.

The ISS tilted out of its normal position before ground crews were able to regain control within about 30 minutes. The crew of the ISS was never in danger, officials said, but it’s the second such incident with a Russian craft in the past year.

Peresild and Shipenko are the first multi-person movie crew to visit the ISS, as part of a commercial arrangement with Roscosmos. Cosmonauts Novitskiy, Anton Shkaplerov, and Pyotr Dubrov will also have small roles in the movie.

According to CNN, a few films have been shot on board the space station, including a 2002 IMAX documentary that Tom Cruise narrated. “Apogee of Fear,” a 2012 science fiction film clocking in at about eight minutes, was also filmed in space by entrepreneur and space tourist Richard Garriott, the son of an astronaut.

Tom Cruise and director Doug Liman revealed in 2020 that they were working together on a movie to be filmed in space, with NASA’s cooperation.

The project is being developed in collaboration with Elon Musk’s SpaceX. Reports have suggested that Cruise’s stay on the space station could also occur in October, but no definitive date for his launch has been shared — although he did chat with the all-civilian SpaceX Inspiration 4 crew during their recent trip to space. But Russia has become the first nation to shoot a feature film in space. Further research can be done on Google.