Massive Monitors and the RTX 30 offers more by expanding gaming for the Acer Predator Desktop gaming which is pretty great. New huge sets of monitors and an updated set of gaming desktop machines were recently announced by Acer. 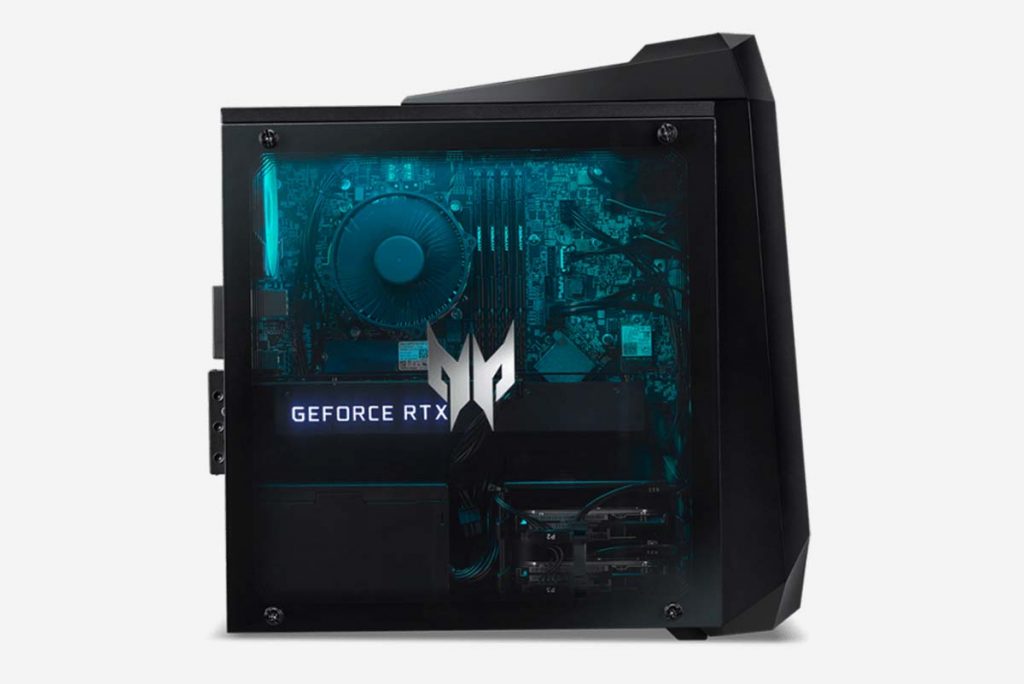 The Acer Predator Orion 3000 line is the higher-end of the two desktop lineups that we would be looking at currently. The Nitro 50 comes at a starting price of approximately $250 cheaper than the Orion 3000 due to its slightly different intended audience.

The Acer Predator X28 has been revealed to come with a 28-inch UHD IPS LCD panel with an overclocked refresh rate of 155Hz. The monitor is now working with the NVIDIA G-Sync and it works using the NVIDIA Reflex Latency Analyzer.

The Acer Predator X38 S happens to be a 37.5-inch 2300R curved monitor with a UWQHD+ resolution. This panel has the NVIDIA Reflex Latency Analyzer and NVIDIA G-Sync ULTIMATE. This panel possesses an overclocked refresh rate that comes at 174Hz and Agile-Splendor IPS tech.

The beast is the Acer Predator CG437KS, with its 42.5-inch UHD panel with a 144Hz refresh rate and 1ms VRB response time. This monitor has a built-in KVM switch and a set of ports that would allow you multiple devices to be connected at once. There are about 2 HDMI 2.1 ports (that aids PlayStation 5 and Xbox Series X) and a USB hub that comes with 1x USB-B, 2x USB 2.0, 2x USB 3.0, and 1x USB-C (PD30W). This happens to be the largest monitor that has the RGB lighting strips Acer ColorSense, Acer ProziSense, and NVIDIA G-SYNC.