PS5 Covers and DualSense Controller’s Preorder. Since the launch of the PlayStation 5, opinions concerning the design and its styling have been brought to the table. A lot of memes and jokes have been made out of the huge size of the PS5, and how its two-tone monochromatic color and stretched-out wings are reminiscent of an oversized router. 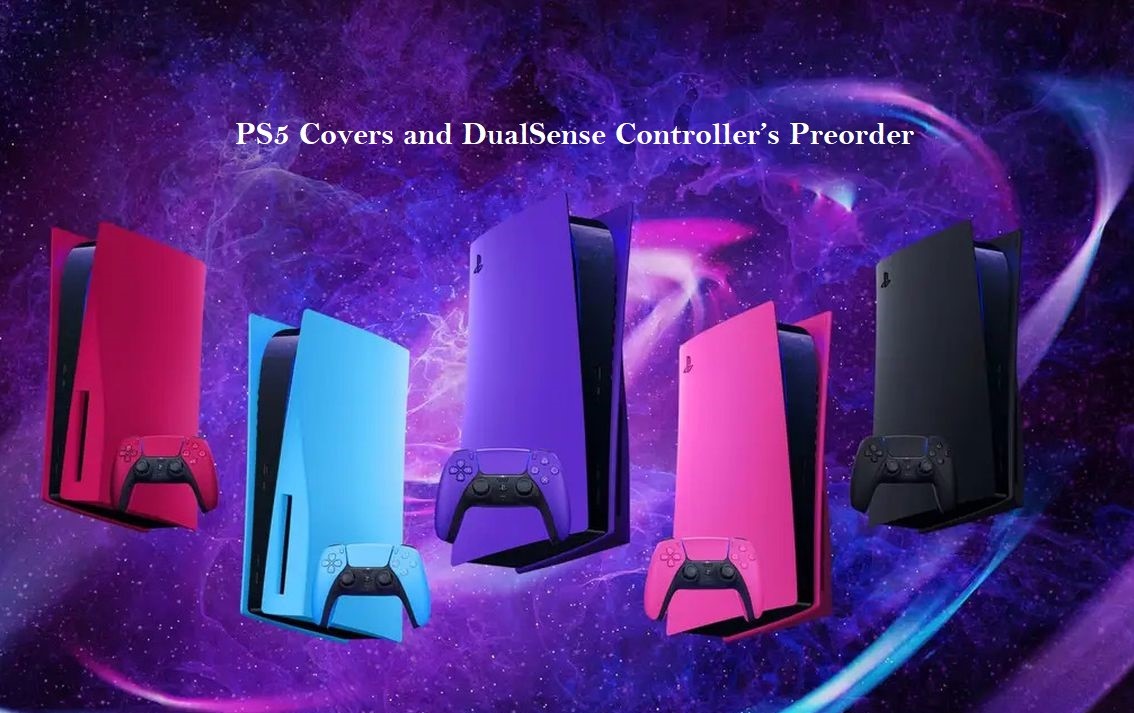 Ever since Sony stated that the white covers are user-removable, a lot of people have been asking for replacements. More than enough people own a blacked-out PS5 that a small cottage industry of third-party suppliers cropped up, selling accessories that are unlicensed up until Sony came out swinging with cease-and-desist letters.

Finally, Sony came around and gave an announcement on its very own official replacement covers for the disc-based PS5 and the digital edition coming in December, dubbed the galaxy collection, and they would be arriving when the matching DualSense controller arrives.

The forthcoming Faceplates would be arriving in black and red, matching the DualSense controllers that Sony released over the summer, as well as the entirely new hues titled “starlight Blue,” “Nova Pink,” and “galactic purple.”

The lineup of more colorful DualSense controllers and console covers comes with a staggered launch window, with some debuting January and others being held as exclusives through PlayStation Direct until February, others are simply “coming soon.”

Regardless of the exclusivity and release timetable, expect to pay $5.99 for the replacement covers and $74.99 for the amazing new DualSense colors upon their debut. Here we would be reviewing all the interesting options available on offer, including where you can choose to preorder them and when you should be expecting them.

Where To Buy PS5 Cover and DualSense Controller

Sony has launched a DualSense controller and pulses 3D wireless Headset with a black finish, and these console covers are the last thing required to achieve a blackout PS5.

This Cover would be arriving almost everywhere on the 14th of January, and you can preorder it ahead of time at the following stores:

This dual sense controller features a deep purple colorway, accented by the black of its two-tones styling. The controller can be purchased PlayStation direct at $75