PlayStation Plus August 2021 Games for August would soon arrive and would include a new release for PS4 and PS5. August is just by the Corner, and this means that a new set of PlayStation Plus games is around the corner. 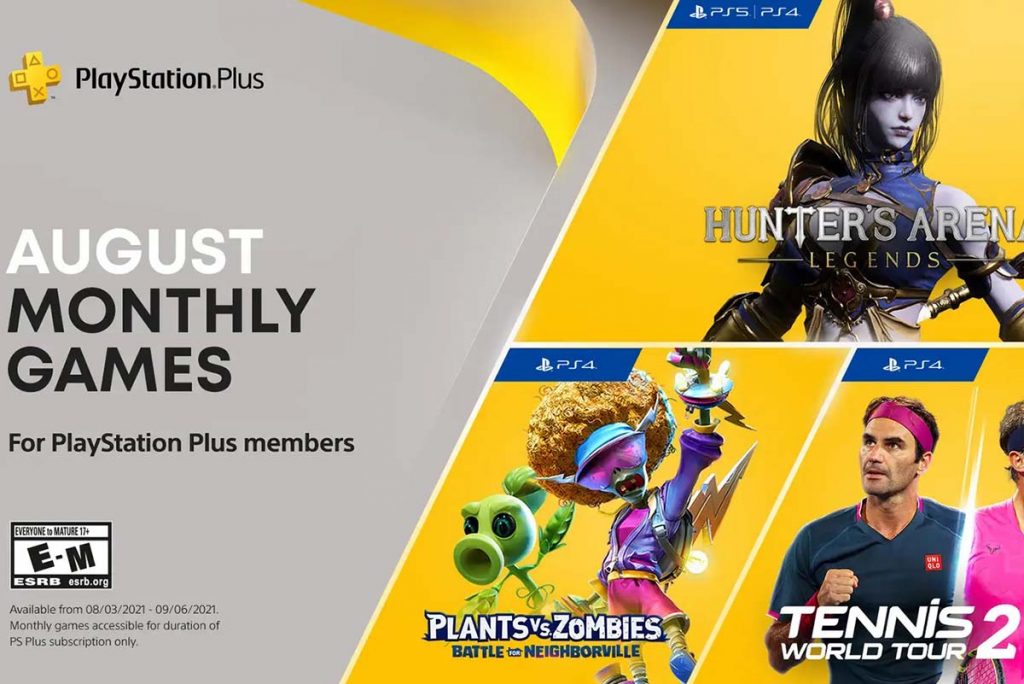 Sony today revealed that August’s PlayStation Plus Games are, and once again going to see a game debut on the service. As opposed to previous months, where there has usually been one game that’s is exclusive to PS5 in each batch of PS Plus games. in August all games would be made available for users of PS4 to also download.

In Hunter’s arena: Legends, the Player is expected to take part in the 30-player battle royale matches that would include PvE and PvP elements. Facing down the threats that you would find in dungeons will offer you the items and levels that you would need to face off against other players, so Hunter’s Arena could offer a compelling spin on the battle royale formula.

PlayStation 4 Games for the month

Now for the PlayStation 4 games for the month, they can be played also on the PlayStation 5 console. The first game is Planet vs Zombies: Battle for Neighborville, which is more or less a known quantity at the moment. It’ll be joined by the Tennis World Tour 2 a recent game to be entering the PlayStation Plus lineup considering that it’s less than a year old.

In any case, all of these games can be free for you to claim from august 2nd up until September 6th. If you are yet to claim July’s games – Call of Duty: Black Ops 4, WWE 2K battlegrounds, A Plague Tale: Innocence (PS5-only), and Virtua Fighter 5 Ultimate showdown – you have till the 2nd of August to do so.