Speaking of Oxygen OS 12 Beta Hands-On, do you want to know what oxygen OS 12 could be like when it lands on your OnePlus phone? Just read down. 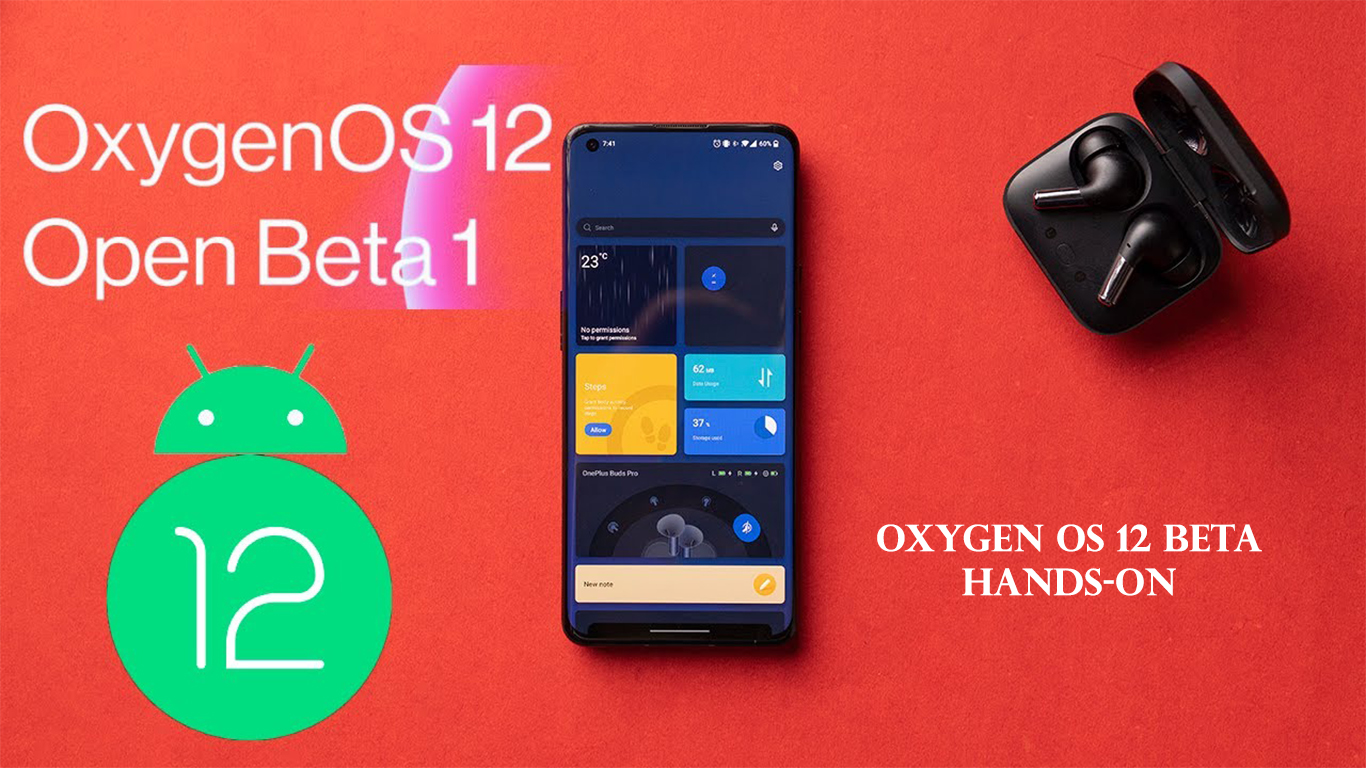 At the end of September, OnePlus dropped a huge bomb on smartphone fans: starting with Oxygen OS 12 based on Android 12, the company would be combining its Oxygen OS Android skin with the skin of its sister brand, Oppo.

This new “unified OS” doesn’t have a definitive name yet. All we knew then was that OnePlus’ ambition was to take the best of each Android skin to make something new and better.

According to Android Authority, with the very first Oxygen OS 12 beta available now, we finally have a semblance of an idea of what the unified OS could be like, at least as far as OnePlus phones go.

Although we’re going to save our commentary for the end of this article, we can summarize it quite succinctly for you: it’s Oppo’s Color OS, but pared down a bit.

When you first boot into Oxygen OS 12, you get a very familiar setup process as on Oxygen OS 11. However, once you land on your home screen, die-hard fans of OnePlus’ skin will notice immediately that something is amiss.

The biggest change here is the icons. By default, they are now shaped like rounded squares instead of the circles OnePlus fans have become used to. The good news is that if you don’t like this, you can easily customize them.

You can stick with basic formats, or even use “ART+” to fully customize the shape and look of the icons. Color OS fans will be very familiar with this since it’s basically the same system that appears on Oppo phones. Get ready, because we’re going to be saying that a lot throughout this article.

Throughout the entire phone, UI elements are either unchanged from stock Android or replicated from Color OS. OnePlus fans will likely need some time to get used to this.

Ever since it first rolled out a dark mode, OnePlus has given users the ability to tweak it. However, this ability sees a huge expansion in Oxygen OS 12. You can now choose between three different types of dark mode: Enhanced, Medium, and Gentle.

The Enhanced mode is a “true” dark mode, meaning the dark parts of the display are actually black. This creates a very contrasty viewing experience.

On the other end of the spectrum, we have the Gentle dark mode which turns the true black aspects of the display into a dark gray. This makes things less contrasty, but still easier on the eyes than a non-dark mode. Obviously, the Medium setting strikes a balance between Enhanced and Gentle.

Private Safe is a new feature in OnePlus phones, but the company lifted it beat-for-beat from Color OS. Basically, Private Safe gives you a place to securely stash images, videos, documents, and other bits of data.

You need to run through a bunch of setup steps before you can use it, but once you do, it’s easy to lock things away from any prying eyes.

The new privacy suite also includes the ability to hide applications, so it replaces OnePlus’ own Hidden Space feature. The new Hide Apps system works just like Hidden Space. First, you select which apps you want to hide.

Then, when you want to access those apps, you simply swipe to the left while in the app drawer. There, you’ll see your hidden apps collected.

Oxygen OS 12 does not include the Material You auto-customization features Google created for Android 12 (at least not yet). However, OnePlus does give you a way to create unique wallpapers based on images you find online or take yourself.

To start, just hit the Inventive Wallpapers icon within the usual wallpapers settings. There, you’ll be able to capture or upload a photo.

The software will analyze that photo and turn it into a unique abstract design. When you’ve tweaked it how you like, you can set it as your wallpaper. Oxygen OS 12 Recent Tasks Manager

Thankfully, this feature survives in Oxygen OS 12. In fact, it’s even expanded with a new recent tasks manager section that gives you a current list of all locked and unlocked apps. This is a welcome change since it prevents you from needing to use the apps switcher to lock/unlock apps as necessary.

Scout isn’t actually a new feature, since OnePlus phones in India have had it for some time. However, the universal search engine feature is now in Oxygen OS 12 proper, so it should (theoretically) come to all OnePlus phones, not just those in India.

Anyone who was concerned the OnePlus/Oppo integration was going to result in the death of Oxygen OS can now blurt out a smug “told ya so.”

While this first beta of Oxygen OS 12 is rough around the edges and no doubt missing lots of features OnePlus fans expect to be there, it’s very clearly not Oxygen OS at its core. Instead, it is Color OS and OnePlus isn’t even making much of an attempt to doctor it up so it doesn’t seem that way.

Those looking to download the Oxygen OS 12 beta to try for themselves can do so from today. You can check for more details here.