OnePlus Watch VS Samsung Watch 3 is the main reason for this article. OnePlus recently Announced some devices in its lineup. Along with its OnePlus 9 Series, the debuting OnePlus watch is the brand’s first foray into wearables. This latest Smartwatch possesses some distinguishable features that include one of the best battery backups, that is positioned against more expensive alternatives which is the Samsung Galaxy Watch 3 or the Fitbit Sense. 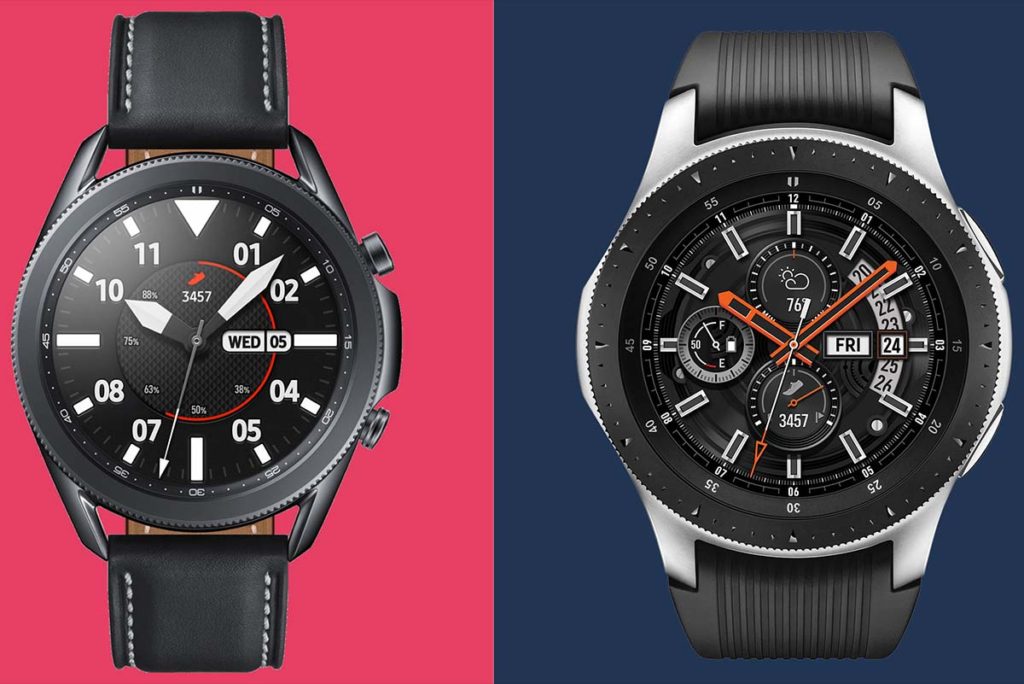 Since the OnePlus watch is compatible with only android devices at this point in time, it is only fair that you would put them up against the Galaxy watch 3, which buyers are lured toward when purchasing an Android Smartwatch. Let us see how the OnePlus Watch compares against Samsung’s premium smartwatch on offer.

The OnePlus Watch happens to possess a Galaxy Watch Active 2 kind of design for its appearance. The minimal rounded face, rubber strap, and dual buttons that are on the right-hand side of the smartwatch look eerily similar. On the other hand, the Galaxy Watch possesses 3 has a more premium feel to it. A noticeable improvement that came from its predecessor, it is designed with a rotatable bezel to toggle between features.

It is pretty early for the OnePlus Watch to have a big library of watch faces; the company however says it would kick-off with over 50 watch faces when the smartwatch is released in the coming month. The Option states that the third-party customization will allow developers to design fresh new faces, and the library would eventually lead to an increase of the official as well as third-party watch faces to pick. So if you happen to be someone that is looking forward to luxury, your decision is very clear.

The OnePlus Watch possesses curved glass, that measures 2.5-inches in diameter and houses a 1.39-inch AMOLED touchscreen touting 454×454 pixel resolution and 326ppi density. The smartwatch steel case measures about 46mm which is a lot bigger than most of the smartwatch dials out there. That’s paired to the interchangeable watch bands that can be swapped with a third-party option adding flair. Aside from this, it comes with 4GB internal storage and 1GB RAM.

The Galaxy Watch 3 on the other hand possesses a Circular Super AMOLED display that features 360×360 pixels at 364 PPI protected by the corning Gorilla Glass DX. The smartwatch comes in two dial variants the 14mm and 45mm. the Galaxy Watch 3 happens to have almost double onboard storage at 8GB but for processing, that you get the same 1GB of RAM. Samsung wearable comes with three-band options which are leather, quick change and sport, and Hybrid and there are plenty of third-party bands, that buyers get to select from.

Bringing to you the best part of any smartwatch – the inherent features OnePlus has plenty of them that would not leave you with anything that would stand as a complaint. It has 110 workout modes and 15 professional fitness modes to remains at the top of the health regime.

This smartwatch comes with a step tracker, a real-time heart rate monitor, a blood oxygen sensor, and sleep tracking competence. It possesses an onboard GPS for location tracking and is usable to reply to texts or answer incoming calls. The downside at this point is the lack of compatibility with iOS devices.

The Galaxy Watch 3, has an automatic fitness tracking feature that happens to kick into action without the need to set it. This would be useful when cycling running, swimming or indulge in a workout. This smartwatch comes with the SpO2 and VO2 Max monitoring capabilities as well as heart-rate monitoring. It is even able to record ECG for 30 seconds and it would be a very useful feature for certain people who wants to purchase it.

The smartwatch also gets a very detailed sleep tracking function that enables monitoring and deep sleep, REM sleep, or even wake after sleep onset. Then there also happens to be this customary function of texting or picking calls. If you want more amazing features the Galaxy Watch 3 is the one for you.

OnePlus is always at the top when it comes to the battery on its devices. The new smartwatch happens to be no different, it has a 402mAh Li-lon battery which is likely to last for almost two weeks with just a charge. The watch battery fast charges with fitness wearable territory, and this single feature is going to attract the attention of a lot of buyers. The battery of the watch can be fast-charged with the Warp charge feature, Juicing up the wearable for all-day power in just a period of 5 minutes and a full charge in just 20 minutes.

The Galaxy Watch 3 is packed with a 340mAh Li-lon battery, that lasts way lesser than the OnePlus watch. In normal usage, it goes for around two days with the long workout and sleeps tracking on at all times.

The smartwatch availability for purchase is on the 14 of April. The Smartwatch is quite exciting at just $159, making it the least priced smartwatch by a major brand. OnePlus Watch also likely happens to arrive in the premium Cobalt model but, but there is no available price for it at the moment. Initially, LTE Model comes at a starting price of $450. If the cost is not a problem, the Galaxy Watch 3 is a safe bet.