The Oculus Touch is a motion controller system that is used in the Oculus VR. It comes in a pack with the Oculus Rift, Rift S, and Quest Virtual Reality (VR) systems. 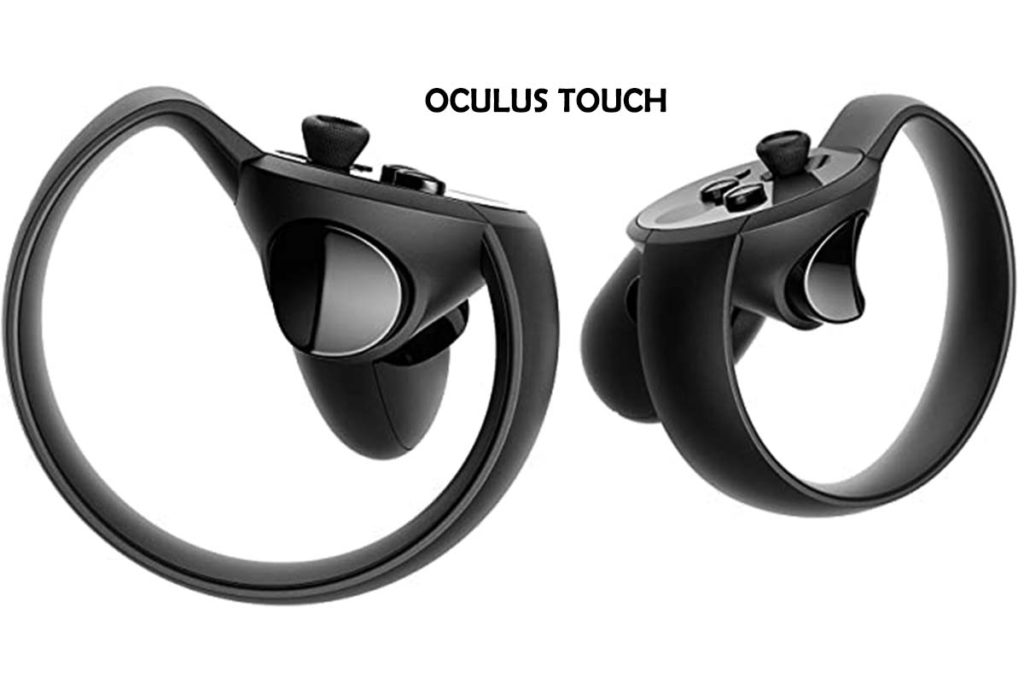 Each Oculus Touch packs a pair of controllers for one hand each. And these controllers work just like a single gamepad. Hereby allowing Oculus Rift to create a full-motion tracking of a player’s hand in the VR space.

An Oculus Touch controller is a traditional controller in its own right. Comes with the analog sticks, button, and a trigger required to play games.

This device is a combination of the traditional game controller functionality with the motion-tracking technology of Oculus Rift.

The controllers each include an analog thumbstick similar to the PS or Xbox controllers. This is a two-face button that can be operated with a thumb.

It also comes with a trigger designed for the index finger, and a second trigger that can be activated by squeezing the other fingers against the grip.

For more game control effects, each controller has a number of capacitive sensors. These are capable of locating the player’s finger. Meaning the Oculus Touch can tell its users when the index finger is resting on the trigger etc.

Each of the Oculus Touch controllers is studded with a constellation of LEDs invisible to the naked eyes. These LEDs let the VR sensor track the position of each controller.

This feature lets the user move their hands around, and also rotate them through the full range of motion. Other features of the controller include:

All these make the device enjoyable during operation.

The Oculus Touch is VR’s first true motion controller. Its motion tracking contains six degrees free tracking, meaning it can track your hand as they move forward, backward, left, right, up, and down.

The major difference between the configuration of the Oculus Touch and a normal gamepad is the d-pad. And also the face buttons are split between both controllers.