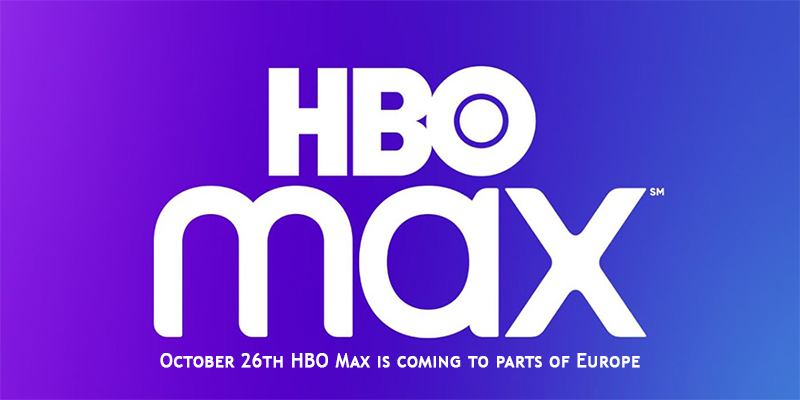 HBO Max, WarnerMedia’s direct to consumers steaming platform will be launched in Sweden, Denmark, Norway, Finland, Spain, and Andorra. These will be the first six European countries where the all-new streaming services will be fixed. HBO is a new brand of HBO WarnerMedia.

October 26th HBO Max is coming to parts of Europe

HBO Max is a new streaming service that has expanded HBO’s original programming. This new service has a wide catalog of blockbuster movies and TV shows offered by WarnerMedia https://www.hbomax.com

However, HBO was launched on May 27 for a subscription of $14.99 each month, the same price for other HBO streaming platforms like HBO Now. HBO Now was recently rebranded to HBO and it’s still available but HBO Max is just a replacement for the service.

The October 26th HBO Max is coming to parts of Europe as I mentioned earlier, from there to central Europe, Eastern Europe, and Portugal by next year. HBO Max will not be difficult to access, customers will sign up directly from their official website https://wwwhbo.com for services, even existing subscribers of HBO Espana, HBO Go, and HBO Nordic will be billed from the company or an accredited partner.

The accredited partners that HBO Max users can subscribe with include, Google Play, YouTube TV, Spectrum, AT&T, DirecTV, AT&T U-verse, Hulu, and Apple TV. Hence, if you’re an HBO Now or HBO Pay-TV subscriber already, you may have access to HBO Max as part of your subscription currently. Also, these subscribers can use their existing account information to get sign in to the HBO Max app. To know the differences in all these HBO services check here https://wwwhbomax.com/target=

HBO Max is going to offer world-class high-quality entertainment bringing content, price, and more. HBO, DC and Cartoon Network, and other award-winning US and international Max originals are all in the same place for the first time in Europe.

May 2021, HBO Max was one year in the US, and in June it launched out its services to other 39 locations across Latin American and the Caribbean. This made its first time of availability outside the United States.

HBO Max will be stream through its official website and via the HBO Max app. Subscribers can get the app via Android, Apple, Playstation, Chromecast, Samsung Smart, and Xbox. In the meantime, Hulu and Apple TV are not supported, but you can access them through service partners corresponding app too.

HBO Max features all of HBO‘s Original series like “The Wireand”, The Sopranosto ”The Westworld, and “Game of Thrones”.  HBO Max library has cable channels showing a lineup of movies and documentaries. HBO Max launches its new original series including “Love Life, a comedy show starring Anna Kendrick, and Looney Tunes Cartoon, a new animated series. The launch is going to be another blast to bring in more competition in the industry.