Nvidia’s new RTX 2060 12GB graphics card is coming to quell shortages. But the question is how true this news is. It was said that in February 2021, Nvidia committed to send out again some of its older GPUs namely the RTX 2060 and GTX 1050 Ti to give gamers a couple of low-cost options that scalpers or crypto miners (hopefully) won’t see much use for during the chip shortage. 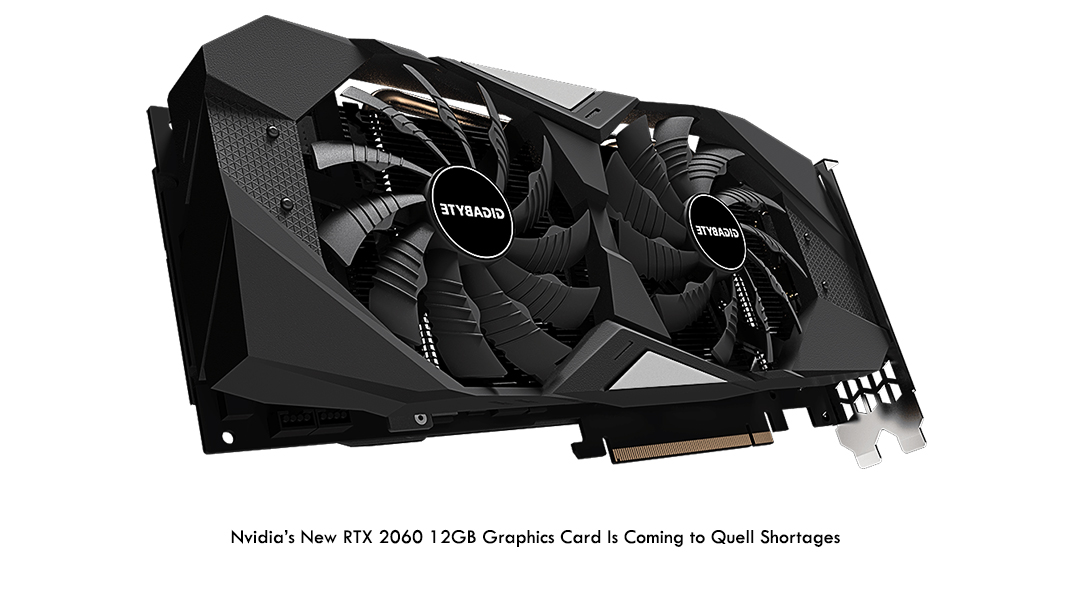 According to the verge, the company is following through on at least part of that promise by releasing a new variant of the RTX 2060 that has 12GB of video RAM, doubling the memory of the standard configuration originally released in 2019.

Note the slightly higher base clock speed and the slightly increased CUDA cores (2,176 versus 1,920 in the standard RTX 2060). Its specs look similar to the RTX 2060 Super in some ways.

Nvidia didn’t share a starting cost for the 12GB RTX 2060 Founders Edition, though it told The Verge that “it is a premium version of the RTX 2060 6GB and we expect the price to reflect that.”

The RTX 2060 6GB launched in 2019 for $349. It also shared that OEMs will be making their own custom versions of the 12GB RTX 2060. We’ll update this post once we hear back about pricing info for various models.

Having this card is great for people who’ve felt the burn of GPU restocks not going their way and who don’t want to give in to paying ridiculously high prices in the secondary market for cards that shouldn’t cost that much in the first place.

The RTX 2060 won’t be great for running games with ray-traced graphics (despite it being capable of the feature), but with its power, most games should run well on medium graphical settings at 1080p resolution.

The PC Market Was Hit By the Global Pandemic

The PC market is one of many areas that have felt the sting of the chip shortage, spurred by the global pandemic. Things like graphics cards and consoles are still in high demand, despite no longer being new to the market.

And with many of the RTX 30-series GPUs already costing a premium at retail, it has become tough to buy what you want and to do so at a normal price.

Many retailers are zeroed out of stock completely, and bots and eagle-eyed shoppers (most of whom hope to flip the products for a profit) will likely beat you to it.

I know for sure a lot of us are skeptical about Nvidia releasing one entry-level (at this point) GPU that can help to reverse the tide of the price-surged secondary market. But who knows at least they are making efforts.