The new Cadillac XT4 face unlock has been making rounds in both the internet and the auto market recently. This is something that has never been seen before in the auto world. The design and the idea behind it are just wild trust me. The new face unlock feature is just a number of upgrades Cadillac is applying to the XT4 subcompact luxury crossover SUV. What does this tell you then? Well, this means that there a host of other cool and interesting features with this SUV, but the face unlock feature takes the cut. Normally no one would even think about it, at least not now, but hey, it’s here and what can we do than to enjoy it while it lasts. 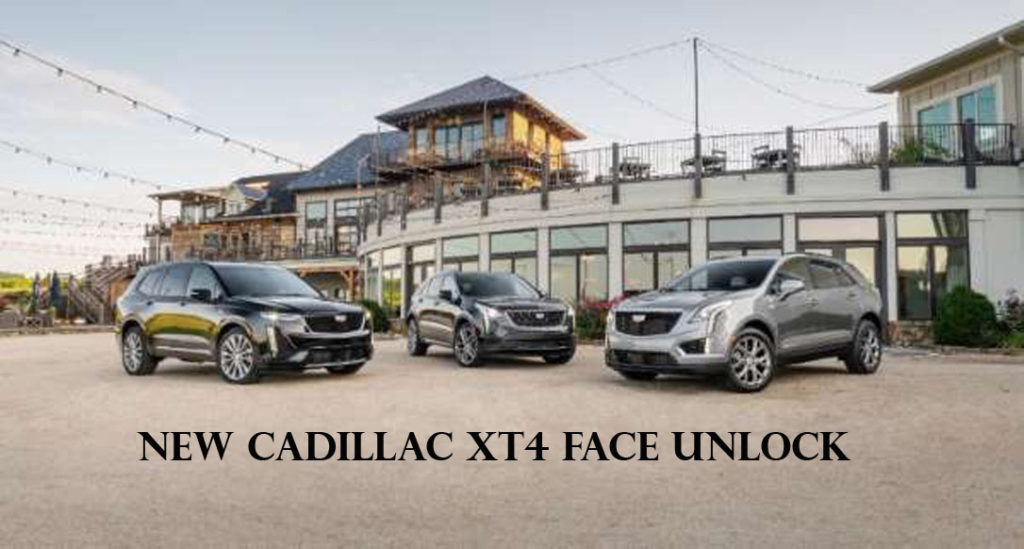 The face unlock feature is something that is predominantly common with smartphones. I mean it was only introduced to smartphones a few years back and now already we are seeing them in cars. With this what does the future holds for cars? One can only imagine. But come to think of it, imagine opening and getting into your cars with your face, no keys, and nothing else. Personally I think that this is huge and Cadillac XT4 SUV owners will really find this feature interesting and convenient. Commonly described as the ultimate keyless experience on the internet and among users in the auto world.

The face ID unlocking feature of this car is basically a face recognition system just as it ion smartphones. This feature works both night and day. It also works indoor and outdoor and even is some bizarre and extreme weather conditions. Users may be worried about the authenticity of this feature, its strength, and all. My guess however is this. Before this feature is being introduced to the market I know that it has been through tests and scrutiny. A feature as huge as this won’t be launched without it going through the knives. Now you also might have questions as to how this feature is made possible. I man do you just look at the door of your car and voila, your car opens? What happens, what makes this possible, if there is any mechanism or technology behind it?

This feature is made possible by a dual camera making use of an infrared image technology and an adaptive flashing light. When a user approaches this very SUV, a touchscreen b-pillar of high definition Is activated and this done automatically via the mobile phones Bluetooth recognition wake up feature and function. Lastly, the camera scans the drivers face. Immediately the scan is done, the doors are unlocked but only if the scan matches the face stored in it. The engines of this car also can be started without a key.

Other features Of The Cadillac XT4 SUV

The face unlock function is not the only cool feature coming with this very USV. There are a host of other cool and interesting functions that users will find very intriguing. The system of this car also has other security features such as the fingerprint and password unlock feature. Yes, the password unlock feature might have been available on some cars, but this very one is different and top-notch. Also, the fingerprint unlock feature is something that we have seen with smartphones but not with cars. This car also comes with the all-new Cadillac user experience function.

This function comes with a wireless apple CarPlay, the Baidu intelligent voice command system, Baidu maps. And a host of other interesting features and functions. The voice command system of this car can be activated via the voice button which you will find in the multi-function steering wheel. This system according to the carmaker can recognize up to 214 categories of human-computer interaction commands in a host of various types of scenarios. With the voice command function, users can navigate, adjust temperature; inquire about flights and weather updates, listen to songs, audiobooks, news and so many more.

Currently and at the time of this writing, the Cadillac XT4 SUV with the face unlock function is only available to the Chinese market. There is no mention of the version of this car by the carmakers on the American market. Hopefully, with time this car and its functions will be available to anyone in any region of the world including the United States of America.