NASA plans to launch a New Technology to Help Prevent Future Asteroids From Hitting the Earth. The National Aeronautics and Space Administration, NASA has set its course to launch a first-of-its-kind “planetary defence” mission aimed at helping to save Earth from a rogue asteroid impact. 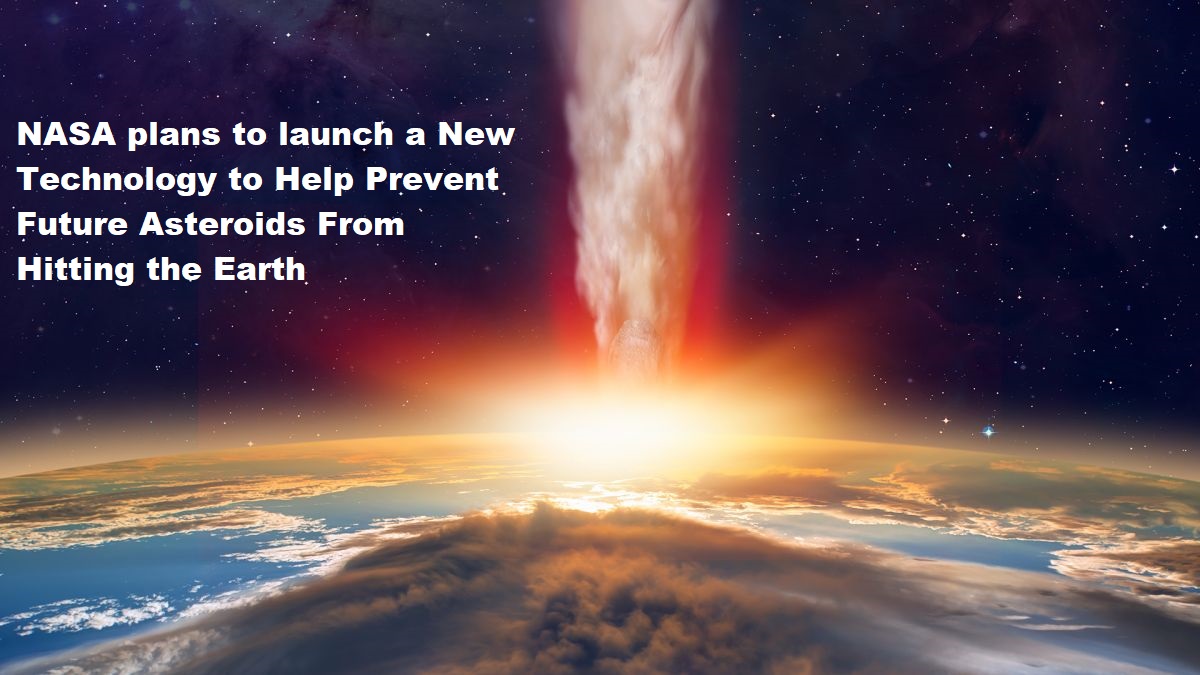 The test is officially known as the Double Asteroid Redirection Test, or DART, which aims to test NASA’s capacity to steer an asteroid from a potential collision course with Earth.

Towards this goal, NASA will slam a golf cart-sized spacecraft into a binary asteroid system scientists have named 65803 Didymos. Although the two space rocks do not pose any potential threat to Earth, they are the perfect test candidate for DART to prove its capabilities.

“DART is a planetary defence-driven test of technologies for preventing an impact of Earth by a hazardous asteroid”, says NASA.

“DART will be the first demonstration of the kinetic impactor technique to change the motion of an asteroid in space.”

Dart Set To Launch On Wednesday

NASA had already planned to launch the spacecraft on Wednesday morning at about 6.21 am GMT.

Following a brief delay, DART will blast off from the Vandenberg Space Force Base in California, carried aboard a SpaceX Falcon 9 rocket.

However, DART is not expected to impact Didymos until late September 2022.

We May Expect an Asteroid Attack in the Future

Although no asteroid or comet is presently known to pose a threat to the planet, devastating impacts have occurred in the past – such as the Chicxulub asteroid that is believed to have wiped out dinosaurs – and it is possible impacts could happen again in the far future.

But the mission also gives scientists an opportunity to learn more about the solar system, how it was born, and how it took shape.

Dr Glaze: “The DART mission together with NASA’s other asteroid missions is helping to shape planetary science communities’ better understanding of our solar system and the asteroids and comets there, within the solar system.

“And not only can we learn more about these small bodies, these comets, and asteroids, but they can tell us and inform us more about the origins and evolution of our Sun, Earth, Moon and the

other Planets and moons in the solar system.

“And in addition, studying these asteroids can shed light on the physical processes that continue to shape our solar system.”

Didymos is comprised of two asteroids, one of which is the smaller Dimorphos or Didymoon.

This is a very interesting project with measurable goals by the National Aeronautics and Space Administration, and they deserve to be commended for it.