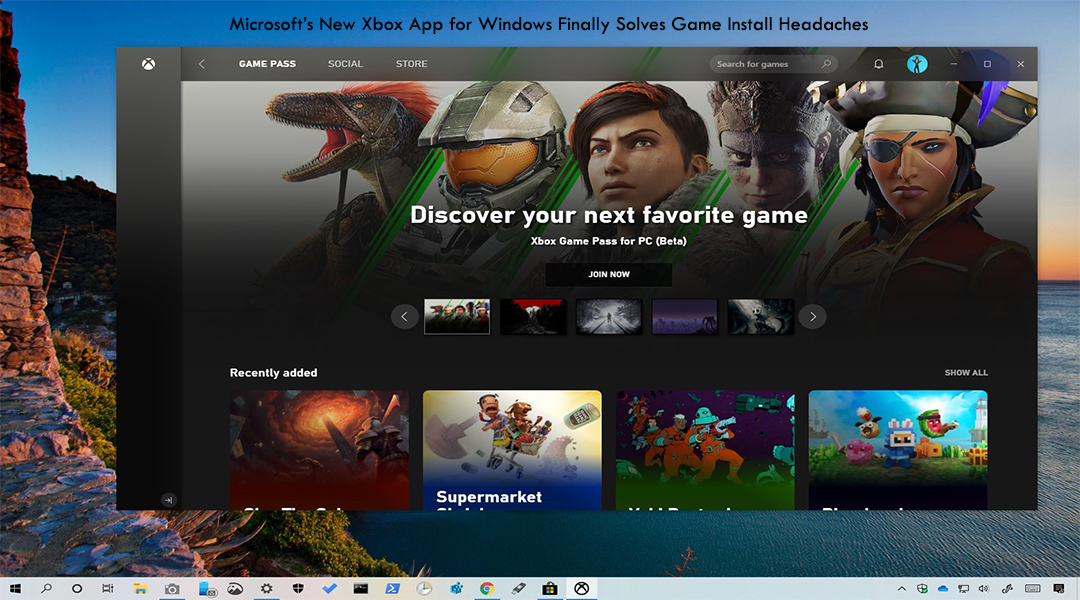 As it was reported earlier this month, the updated app allows PC gamers to install titles into any folder of their choice with unrestricted access to game files.

It is an option that helps to address many of the headaches that come with installing titles from Xbox Game Pass for PC, and it should also mean you can back up your game files and restore them if need be.

According to the verge, previously, Microsoft forced games to install into the WindowsApps folder at the root of a drive, and it was locked down so you could not modify files or freely move them around.

The updated Xbox app now allows you to choose a location, and, if you have existing games installed, you can also move them onto secondary drives.

I have tested the app and successfully moved Forza Horizon 5, Gears 5, and Microsoft Flight Simulator onto secondary drives. And the best part is that I can now fully access those files and folders, too.

Windows 10 and Windows 11 users can test the new Xbox app through the Xbox Insider Hub app from the store.

You will need to join the “Windows Gaming” preview within the Xbox Insider Hub app to get the updated Xbox app. Microsoft does list a number of known issues for this early release though, including issues launching some games on external drives and a number of games that aren’t supported yet.

However, you still cannot add games downloaded from the Windows store into Steam, as there appears to be a permission issue that prevents that. The Xbox app is still in preview, so that could be a bug that will be addressed before it’s widely available.

Either way, Windows store game installs are finally getting more Steam-like, after many years of issues and bugs for PC users. If you have been avoiding Xbox Game Pass for PC due to the Windows Store, this new Xbox app should remove some of those associated headaches.