Microsoft has started testing a new photos app for Windows 11. Well according to my reliable source THEVERGE, like many other parts of Windows, the photos app has been redesigned to match the new operating system, with subtle improvements that help when you’re flicking through a collection of photos or videos. 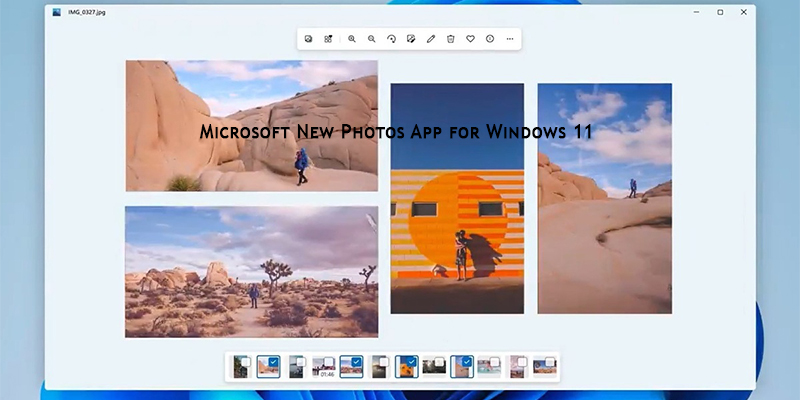 The biggest addition is a new filmstrip at the bottom of the photo viewer that shows small thumbnails of all the photos in a particular folder, collection, or album. It makes it easier to jump between them or select multiple photos to enter the new “multi-view” UI.

Multi-view is the best addition for me personally, as you can compare a bunch of photos in a single window. This is great if you’ve been out shooting all day and want to quickly select photos to keep or discard.

You can dismiss the new filmstrip or photo editing toolbars by clicking on photos, and swipe between images without any distracting UI elements.

The updated photo editing toolbar includes some interesting additions, too. Microsoft is adding quick access to third-party photo editors. This is enabled through extensions, with apps like Adobe Photoshop Elements, Corel PaintShop Pro, and Affinity Photo supporting this integration.

What Microsoft Failed to Fix

Unfortunately, Microsoft still hasn’t fixed the video trimming tool. If you have a video that’s captured at 60fps, it will still switch to 30fps if you use the trim tool in the new Windows 11 photos app. This app is still in beta, so that could change by the time it’s fully available in Windows 11.

Microsoft appears to be planning to roll this out to Windows 11 users after the October 5th launch, though. If you’re a Windows 11 tester on the Dev Channel, the updated photos app is now available for testing. You can get more details from this link.