The movie “Marvel the Eternal” is not that far away from its released date now. Its third entry in the MCU’s Phase 4 slate, which arrives after Black Widow and Shang-Chi and the Legend of the Ten Rings release in November. 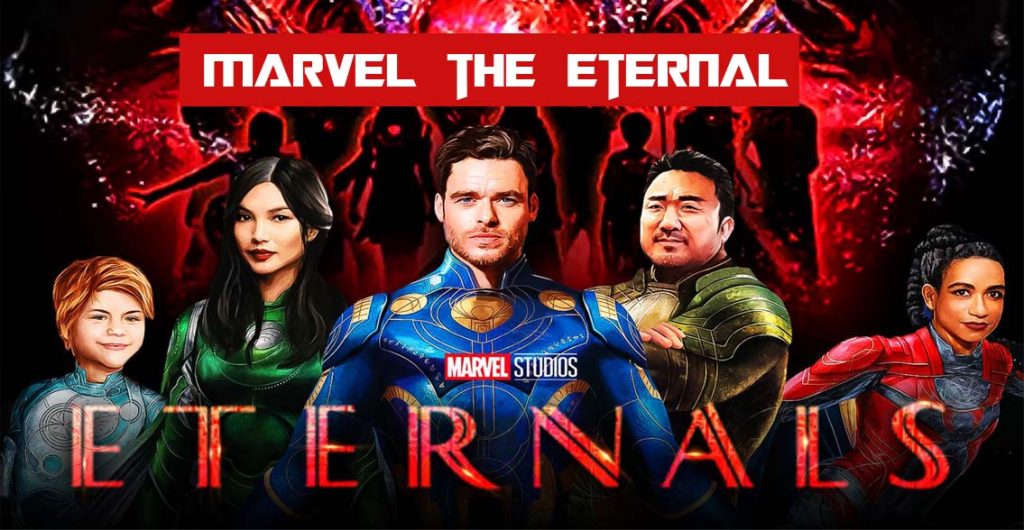 Marvel Studios has released this movie’s first official trailer, and fans have finally received their first look at this superhero epic. It is created by the legendary Jack Kirby, the artist of many of Marvel’s most famous heroes and villains.

If you are a marvel fan, then you must want to watch this movie. Read more on this article to get Marvel The Eternal release date, trailer, and other information till its release.

The Eternals is a group of ancient, cosmic superpowered beings that live on Earth. They have the ability to combine their distinct powers. And this comes in handy when they are fighting their mortal enemies, the Deviants.

While the MCU has had numerous space adventures before now, this movie feels like new territory for Marvel. It gets deeper into its post-Iron Man, post-Captain America Phase 4.

With ambitious source material, an amazing cast, and an exciting young director at the helm in The Rider’s Chloe Zhao, there is more to get excited about.

This movie is originally been slated for November 2020. It is theatrical debut has been pushed back to the 5th of November, 2021.

This is the film’s second coronavirus-induced delay, with the first delay pushing the film back to February 2021. It comes as part of wider Disney scheduling rejig. The Eternals is made to follow the upcoming Black Widow film, which is also delayed to offer us no MCU release in a calendar year for over a decade.

This movie trailer was released on the 24th of May. And the sheer size and scope of Chloe Zhao’s debut superhero flick make it appear as a serious awards contender in 2022.

Click Here to watch the first and only released trailer of Marvel The Eternal.

Marvel Studios boss Kevin Feige has confirmed The Eternals is going to be an ensemble movie within the vein of Guardians of the Galaxy. This means there will be an enormous cast.

Having played Minn-Evra in Captain Marvel, Gemma Chan gets her second MCU role as matter-manipulating Sersi. While three more of the characters from the Eternals comics are swapped from male to female. This makes it arguably the most diverse of all the Marvel Cinematic Universe casts.

Salma Hayek is a smart, powerful leader Ajak; The Walking Dead’s Lauren Ridloff is super-fast Makkari (the first deaf superhero within the MCU). And newcomer Lia McHugh plays Sprite, an ancient Eternal who appears like a child.

And continuing Marvel’s long-running trend of hiring new-ish filmmakers with indie pedigree. The Eternals is directed by Chloe Zhao, best known for Sundance’s hit The Rider.