Kids Spending now Managed by Xbox Family Settings App. Gaming consoles more like the Xbox are usually considered to be a solitary machine for the solitary gamers. But that has not been the case for the past few years. Consoles happen to even become a means through which families get to spend time together at home or for kids to develop skills that are associated with safe gaming. 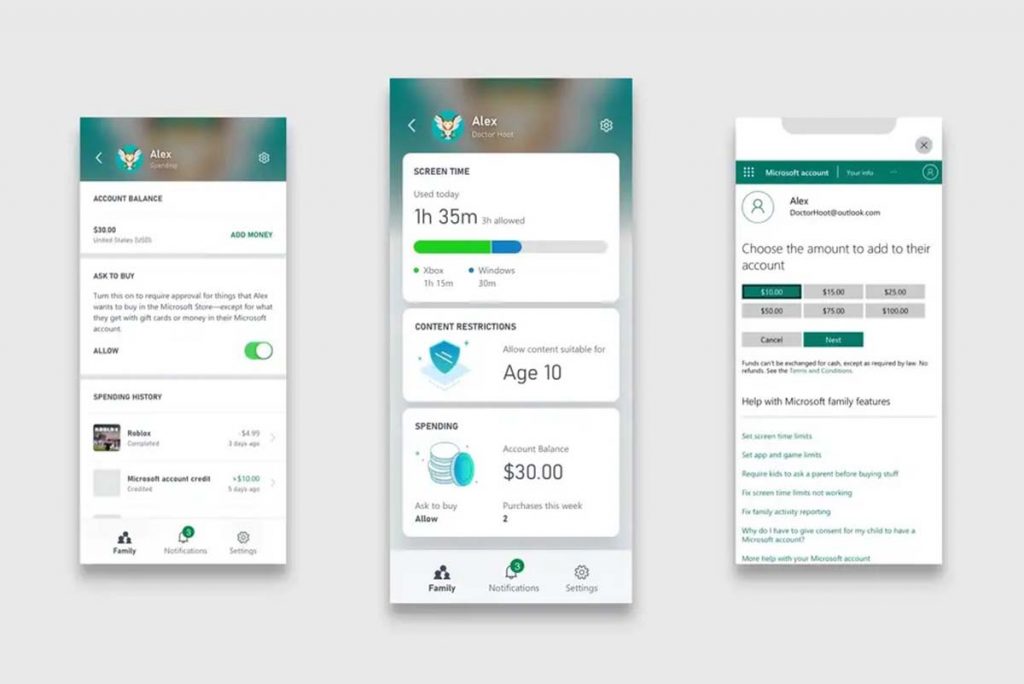 The latter remains to be more important considering parents that want to offer their kids access to consoles and the game available on the console. The Xbox Family Settings app try it best to make task much less of a chore. And this is one of the latest features that has promised parents savings for their money or prevent them from accidentally losing some.

IAPs and accidental game purchases happen to be the banes of mobile gaming. They usually happen on any platform for gaming and to any age group. Xbox has also offered parents and guardians several ways to monitor and manage a child’s use of the console. And parents would still get more control and safeguard. And this is mostly when there is money involve.

The latest update to the parental control app available for Android and iOS finally delivers that, enabling the parents to monitor and place a limit on the game’s spending.

Parents would also be able to place limits on how much a child would get to spend when they are purchasing games or when they decide to make in-app purchases. That presupposes that the kids possess some sort of wallet for buying those. The app allows the parents to add and even view the balance of the child.

If the money that the child uses runs out, the kid also gets to ask their parent if they can purchase a game. Parents can either buy it on their behalf or even offer them some extra money to buy the game. The parents can also choose to deny the request.

The parents of the child can also keep track of what their kids purchase with the money that they give to them. That is if the kids are given the trust to make their own purchase without have to ask them all the time. The new feature of the app does not only empower parents but they also empower the kids to make their own choice and earn trust straight from their parents.