Italy fined amazon $1.3 billion for abuse of market position. Amazon has been fined $1.3 billion (€1.1 billion) by antitrust regulators in Italy. The company is accused of using its dominance in the online shopping world to steer Italian sellers into using its logistics service, Fulfilment by Amazon (FBA). Amazon says it will appeal the decision. 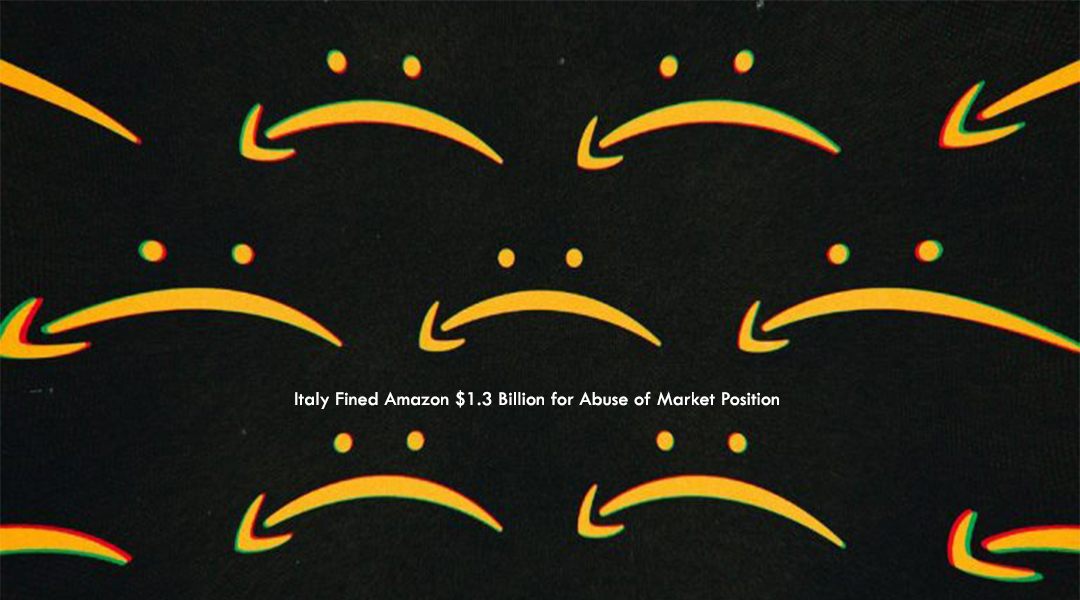 The fine is one of the largest levied by a single nation in the EU as part of a years-long battle over online antitrust issues. Just last month, Amazon and Apple were both fined by Italian antitrust regulators for allegedly conspiring to limit the supply of Apple and Beats products.

But that fine only totaled $77 million (€69 million) for Amazon a drop in the bucket compared to today’s judgment. (Both companies are currently disputing the case.)

The verge also noted that in the latest ruling, Italy’s antitrust watchdog, the Autorità Garante Della Concorrenza e del Mercato or AGCM, is particularly concerned with the benefits Amazon gives to sellers on its platform that also pay to use its FBA logistics service.

Sellers signed up to FBA can mark their goods with the Prime fulfillment label and participate in Amazon events like its Black Friday, Prime Day, and Cyber Monday sales.

“The investigation has ascertained that these are functions of the Amazon. Its platforms that are crucial for the success of sellers and for increasing their sales” said the ACGM in a statement (translated via Google).

“In doing so, Amazon has harmed competing e-commerce logistics operators by preventing them from proposing themselves to online sellers as providers of services of a quality comparable to that of Amazon’s fulfillment.

These conducts have thus widened the gap between Amazon’s power and that of the competition also in the e-commerce order delivery business.”

Amazon Has a Year to Comply With the Rulings

The ACGM says the size of the fine reflects the seriousness of Amazon’s strategy and its duration over many years.

In addition to paying the fine, Amazon must change its business practices in Italy, giving all third-party sellers on its platform the same “sales and visibility privileges,” regardless of whether or not they use Fulfillment by Amazon.

Amazon has a year to comply with these rulings unless, of course, it’s successful in its appeal. In a statement (via Engadget), the company said:

“We strongly disagree with the decision of the Italian Competition Authority (ICA) and we will appeal. The proposed fine and remedies are unjustified and disproportionate.”

Amazon is known for its disruption of well-established industries through technological innovation and mass scale. It is the world’s largest online marketplace, AI assistant provider, a live-streaming platform, and a cloud computing platform as measured by revenue and market capitalization.

Amazon is one of the few trillion-dollar companies in the world. In 2020, after a great earnings report, the company made a return to the $1 trillion clubs, joining the ranks of Apple, Microsoft, and Alphabet, the parent company of Google.