Just like me a lot of people are curious if the small notch on the iPhone 13 is any better? Well, Apple’s new iPhone 13 models that were released on the 14 of September feature an updated TrueDepth camera and a new design for the notch, which has been slimmed down. 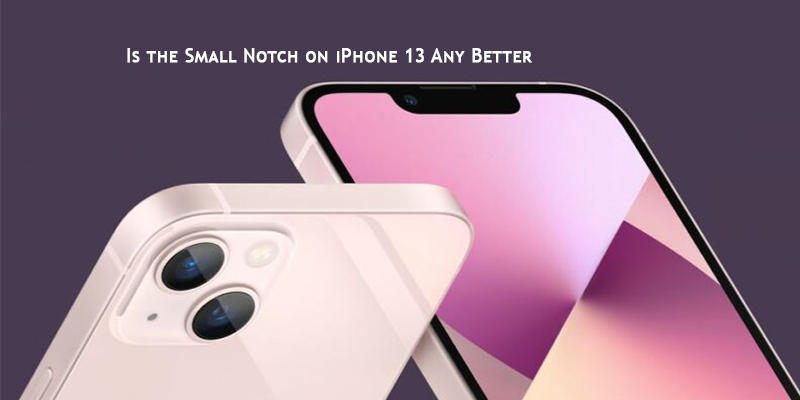 One of the few design changes coming as part of the iPhone 13 is that the display cutout at the top of the screen is now smaller in width, thanks to the fact that Apple redesigned the layout of the TrueDepth camera housing. The speaker now sits above the camera components.

Apple said on stage that the notch is now 20 percent less wide than the notch used in prior models, but comparisons between the iPhone 12 and ‌iPhone 13‌ confirm that the new notch design is just a tad bit taller.

Is the Small Notch on iPhone 13 Any Better?

Depends on your opinion, if you think the small notch on the iPhone is any better. To me its still the same as there is not much difference. The new notch design is in line with rumors that we heard during the beta testing period, which pointed to a design that was more compact and just a tiny bit taller.

Next year, Apple may do away with the notch entirely. Rumors suggest that at least some models will have no notch with a design that instead incorporates a hole-punch cutout for the front-facing camera, with Apple to adopt under-display Face ID.

More crucially, the iPhone 13 also has a bigger battery, something that should be welcome for both phones, particularly the iPhone 13 mini.

Yep, Apple is keeping the smaller phone around this year. Both phones also have 28 percent brighter screens, but Apple says most iPhone 13 mini users will get an extra 1.5 hours of usage, while the standard iPhone 13 will last 2.5 hours longer than the iPhone 12.

What could be next?

According to TechRadar, Apple is a company that thrives on the elegance of simplicity, reducing certain steps or peripherals so you can access features more quickly. Getting rid of the headphone jack with the iPhone 7, doing away with the home button entirely with iPhone X, and replacing Touch ID with Face ID are just some of the examples.

The smaller notch is another example of this, with more screen estate now available for the apps you use each day, no matter how minute the reduction is for the iPhone 13 series.

But in the other city of the smartphone world, plenty of Android devices have already moved on from a notch and even the smaller ‘hole-punch design which was the size of a single, circular camera lens. You can check for more details here.