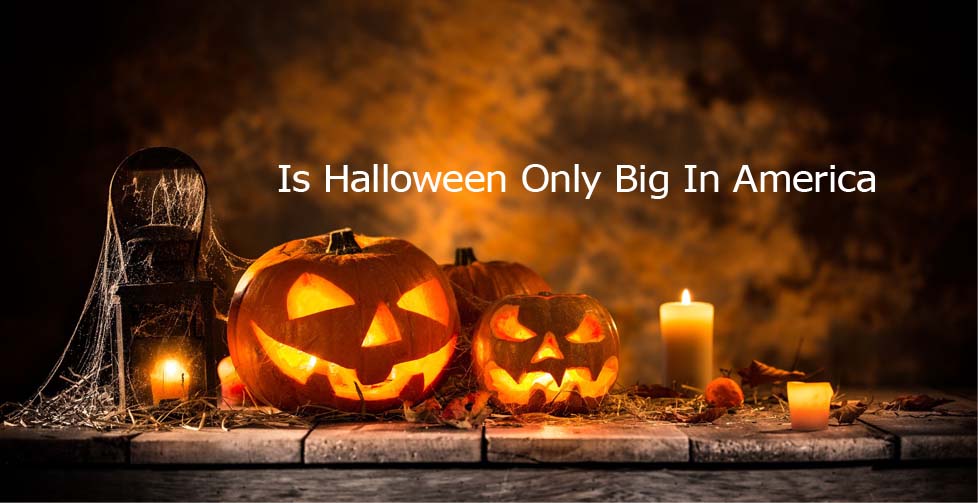 Is Halloween Only Big In America

The Origin of Halloween

If you know nothing about the origin of Halloween you will not understand how and why it is celebrated today. All hallows eve is marked by all Christians all over the globe on the 31st of October yearly following up with fasting and prayers ahead of the all saints day celebrations and feasting the following day.

But when traced back, the origin of Halloween can be dated back to the ancient Celtic festival of Samhain. The festival however was later Christianized by the then early church due to the myth surrounding it and with its nearness of dates with the all saints day.

Samhain is a Gaelic word that stands for the end of summer. This is an old Celtic festival that celebrated the end of harvest and the beginning of preparations for the coming winter. Other tales and myths claim that the festival also was used to honor the “lord of the dead” and was marked with the burning of bonfires and plenty of food after the harvest season.

Halloween in the UK and Ireland

Since the origin of Halloween can be traced back to the Celts and Irish’s many of the traditions of Halloweens in the region still remain very much the same as of old. And some of these traditions include bonfires lit in rural areas and games centered on the harvest season including apple bobbing. Players of the game attempt to bite apples hanging on a piece of string and parents on the other hand may also arrange treasure hunts for the kids and hiding sweets for them to discover.

Jack o lanterns are carved from turnips in Ireland and Scotland and large beetroots in England with the intention to ward off evil spirits or unwanted visitors. “Guising” which is an early form of trick or treating began in the middle ages in Ireland and the UK. This form of practice saw children dressed in costumes going from door to door asking for food in exchange for poems or songs, some often said on behalf of the dead. The tradition can be easily likened to the modern form of trick or treating in the US today although the costumes in the US are limited to spooky characters only.

When compared to the US, Halloween celebrations in Ireland and the UK may not be as big business for retailers. But however, spending is now growing and the eve of October 31st is now considered as the second biggest party night of the year.

Mexico is yet another popular region that celebrates its own type of Halloween. Other places like china and japan have a day where they celebrate the dead, but Mexico’s own is unique in the sense that it coincides with Halloween. Mexico’s own day of the dead or El Dia de Los Muertos is a three-day celebration that starts on the 31st of October and ends on the 2nd of November.

Families all over Mexico celebrate this day to remember the dead and also rejoice in the continuity of life. Many families construct altars in their homes and decorate them with flowers, sweets, and the favorite foods of the deceased, and also candles to help the departed find their way home.

Relatives gather on the 2nd of November at the graves of those that they have lost to help tidy the area and decorate it with flowers before having a picnic and reminiscing. Other traditions also synonymous on this day is the baking of the bread of the dead and parades that feature people dressed in skeletons or carrying a casket that contains a living volunteer, one which people then throw flowers, sweets, and fruits.