Instagram Home Feed to Receive a Major Change. In the middle of this frantic CES news Cycle, Instagram stated that there would be significant changes coming to our Home Feeds. Stepping right into testing today is a new feature that offers us three different feeds to explore when opening up the app. 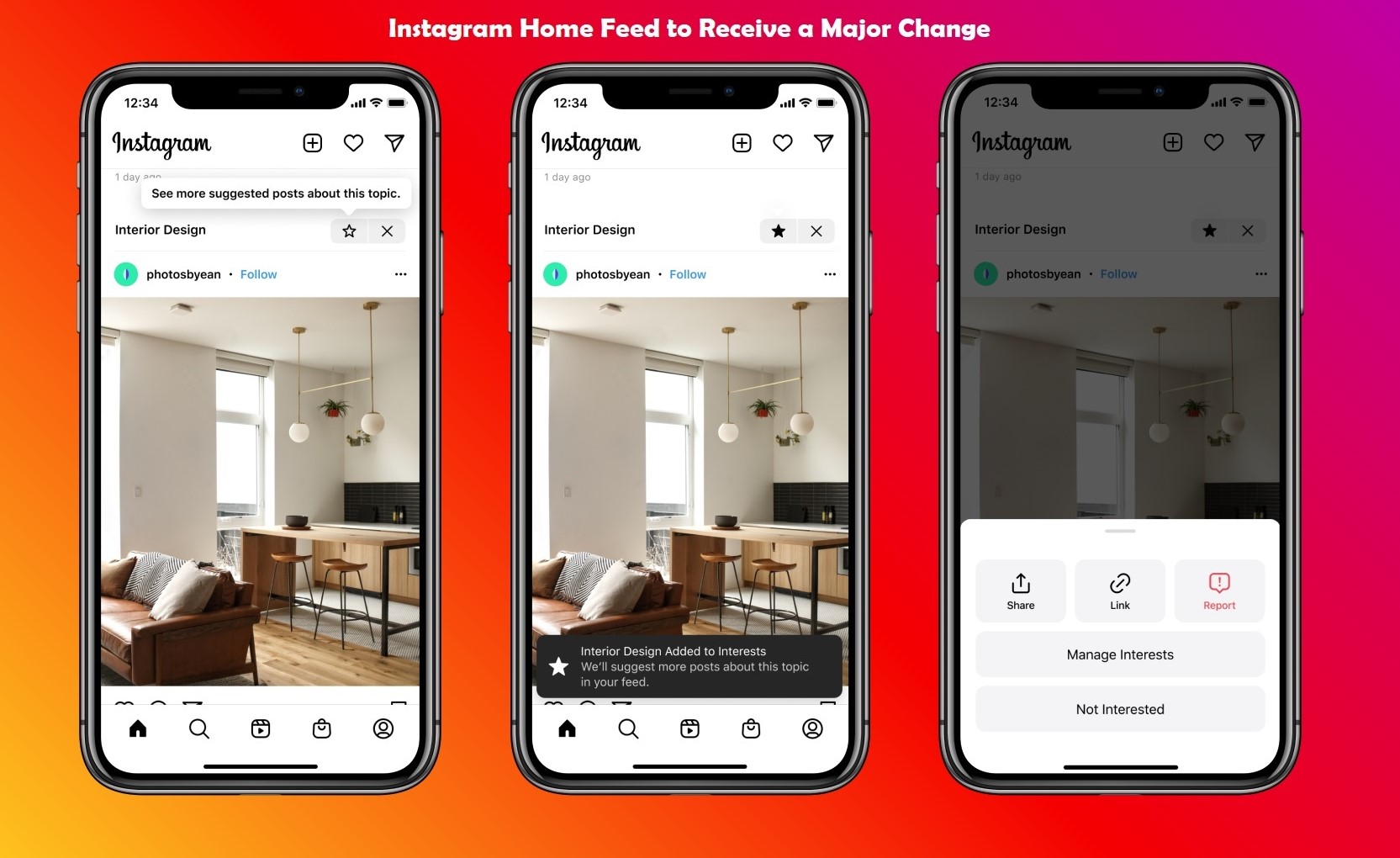 While the standard home feed is not quite going anywhere, it would be joined by two new feeds that are popular among the Instagram-using masses.

Instagram boss Adam Mosseri revealed these new feeds, who posted this announcement to both Instagram and Twitter today. In a short video, Mosseri explains that Instagram will now be testing the “ability to switch between three different views on your Home screen.” This new feed includes the standard Home Feed, which happens to be joined by new favorites and following feeds.

The home feed remails the same ones you have already been making use of it. this is where Instagram will rank the content based on what it actually believes that each of the individual users would want to see the most. The Stuff that is found in this feed would be presented out of chronological order; instead, it would get ordered by what Instagram thinks is relevant the most to you.

Your Favorite feed is self-explanatory to some point, but it is at this point that users would get to see content from accounts that are important to them. Now it seems like users would get to set their favorites all by themselves. with Mosseri saying that he is using the feed to follow his siblings, some of his best creators, and some of his best friends. Mosseri did not actually explain how users will get their favorites, and he also didn’t talk about how many favorites each of the users get to have if there’s any limit at all.

The third and the last feed also would be the following Feed. This is where you’ll find posts from only the accounts you follow. Mosseri states that the following feed is necessary because the home feed will have “more and more recommendations over time.” It is well worth noting that the favorites and following feeds would arrive in chronological order, which probably would make tons of Instagram users happy.

A long time ago, Instagram stopped making use of chronological feeds, much to the annoyance of a lot of its users. While the Home feed, that was once controversial is not quite going anywhere, it’s great to see that chronological feeds would be making a comeback in the favorites and following feeds.

Have it at the back of your mind that these feeds are only testing at the moment. It seems like Instagram has plans to roll out this test to some users over the course of the next few weeks, but we are required to wait a little while before the feeds launch for everyone. Mosseri states that Instagram is hoping to launch these interesting new feeds in the first half of 2022, which is quite a broad release window.