“How to Setup your Chromecast to your iOS Device”. Well, it will interest you to know that a lot of people haven’t heard about the Google Chromecast, if you are one of such people here’s your chance. If you are interested in streaming content to your TV with an affordable set-top box, then the best choice is the Google Chromecast. You can control the playback with your iPad or iPhone. Google Chromecast is a receiver; in essence, it streams media to your TV. Although it does not include any onboard apps such as Roku or Apple TV.

It rather involves you just tapping the cast button in any of the supporting apps on the iPhone, and google in turn streams that content to your Chromecast device. So, in case you are interested in the Google Chromecast with no clue whatsoever on how to it set up on your device, well here’s the chance for you to know how just, read down. 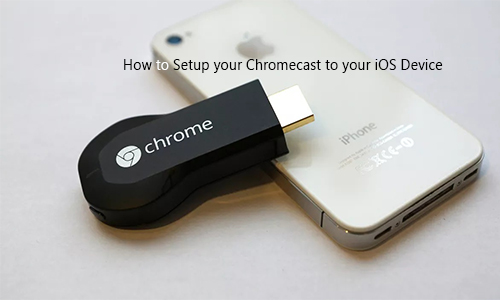 How to Setup your Chromecast to your iOS Device

Chromecast has since its launching in 2013, placed itself as one of the cheapest among the other available streaming devices in the market. This Chromecast doesn’t only stream videos but is intertwined with the Google ecosystem and also google assistant.

Chromecast is a series of digital players developed by Google. This device allows users with computers or mobile devices to play streamed audio-visual content from the internet on a home audio system or high definition television system through apps from mobile and webs that support google cast technology.

Things You Need to Setup your Chromecast

Before starting your Chromecast, setup process there are some requirements you need to meet, they are listed below;

Below are the procedures you need to follow to help guide you on how to setup Chromecast on your iOS device;