How to Fix Windows 11 Common Issues. As we know, Microsoft has quite jumped the gun with windows 11, which had its own problems and bugs at its launch. Some of them got their problems fixed in consequent updates, while others issues to date are still disturbing users. 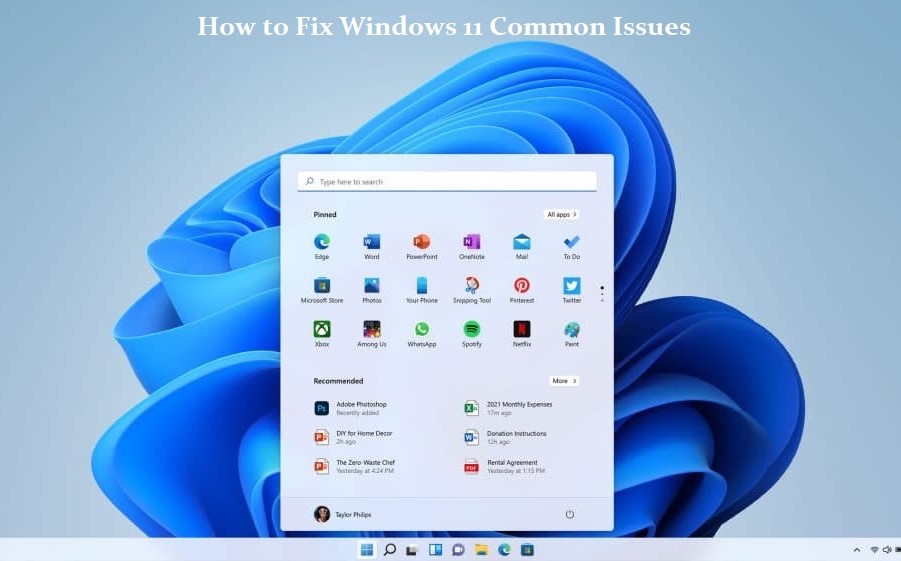 Windows 11 cannot be recognized as a flawless OS after months of tinkering around since some of the problems it has still persisted till today and are reported by users on forums from time to time.

How to Fix Windows 11 Common Issues

Some bugs have come up and this is the result of the settings malfunction at a deeper level while some prop-up is based on anomalies in the software code. Now, some common issues that have been disturbing users of lates have been detailed here, and how to solve these issues to make solutions the overall user experience on your windows system smoother for you is stated below.

Some users that are now making use of windows 11 are experiencing a reduced performance on the PC Solid-State Drives. Reddit communities and Microsoft’s support forum are filled with complaints of the upgrade affecting SSD write speeds. As stated by BetaNews, the reduced performance has been verified by benchmark tests like CrystalDiskMark. The results would show you a random write speed that is heading to 50% that of earlier performance with windows 10 alongside the same hardware.

Thankfully there are some very easy fixes to this issue problem thanks to a small patch from Microsoft” the KB5007262 patch. This update would not be pushed straight to all windows 11 systems, so it has to be installed manually.

Anyone the is having issues with the speed of the SSD can head to Microsoft Update Catalog and download the patch. The description of the update states that the issue with NVMe, SSD, and hard drive performance occurs due to NTFS USN journaling being enabled. Apparently, the USN journal that is found on disk C: gets enabled by default.

For all users that would be upgrading from Windows 10 to the latest operating system, an irksome error can stand as a roadblock. We are talking about the error code 0x80070070, which occurs when the space to install is not enough on your system.

If you cannot make use of Chrome on Windows 11, then this might be because of a lot of reasons. It might just be issues of compatibility or corrupted files. Troubleshoot your chrome, and head back to it to confirm if it is working just the way you want it to. If not,

If after doing this, the issue is still unsolved, you might need to delete the folder that houses Google Chrome. In other to do this:

With this, your problem should be solved. For more issues to be solved on windows 11, visit SlashGear.