Do you want to know how to do video in video multitasking in iOS 14? If you would love to then you are in the right place. The iOS i4 model launched some time ago to the market and on iOS devices has got iOS device users all over the world buzzing. And this is hugely due to the features that come with this new model. However one of the features that have kept users all over the globe super-duper excited is the video in video multitasking feature. This feature is also widely or popularly known as the picture in picture multitasking feature. But whatever name it is or whatever you know it to be, do you know to make use of the feature? 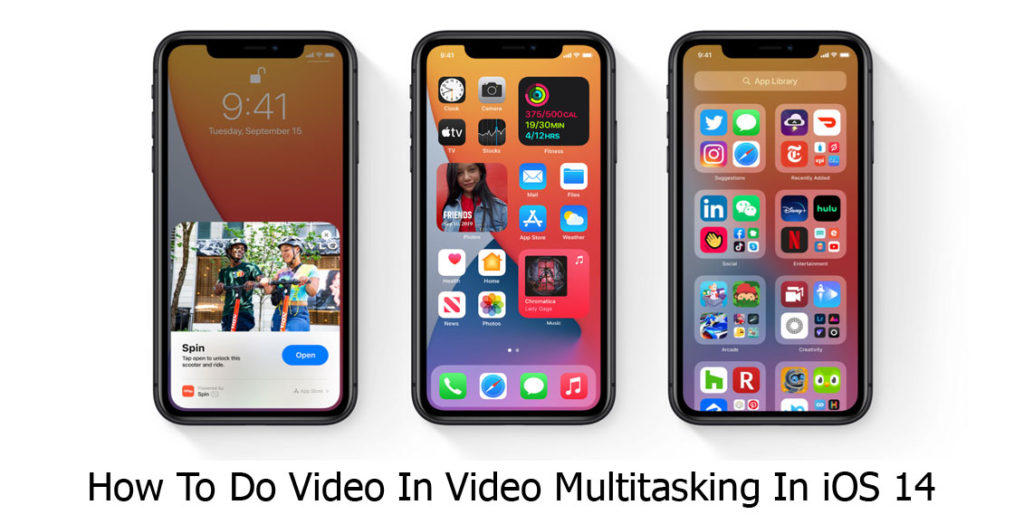 How To Do Video In Video Multitasking In iOS 14

Many iOS device user know about this feature on iOS 14 devices, while some users don’t even know that such a feature exists on their device. If you are one of these persons who do not know how to activate or make use of this feature, I will be guiding and directing you on how to make use of it. Therefore you have nothing to worry about. And also for the benefit of those users who have never heard of this feature I will be doing a short preview of what the video in video or picture in picture multitasking feature is.

The picture in picture multitasking feature available on iOS 14 is one of the new and interesting features on iOS 14. This feature allows users and iOS device users with iOS 14 models to play videos from one app and at the same time going through or navigating through the rest of the device. With this feature, your video will keep playing in a small window that is more like a thumbnail window. This is the first time a feature like this is being introduced on the iOS platform. Now that you know what this feature is all about and how you can benefit from it, continue reading to find out how you are going to make use of it.

This feature might be new on the iPhone platform. But however, it has been around and functioning on the iPad since 2015. To do this feature on your device, follow the steps below;

You can now start exploring the rest of the phone while your video will keep playing in the background with the help of the picture in picture multitasking feature. And while your video is playing you can drag it to any position on the screen you choose. You can also swipe it to hide it temporarily.

This feature is available on Apple devices running iOS 14. This has already been mentioned in this article and below is a list of the apple devices supporting iOS 14;

The devices listed above are the devices that support the picture in picture feature. And of course, the yet to be launched iPhone 12 will also support the feature.