Speaking of Google and Facebook Killed Free, Facebook has greatly increased its criticism against Apple’s IOS 14 privacy features through the launching of second full-page advertisements across the famous newspapers.

The ads which State Apple vs free internet a way by which Facebook portrays that Apple via its new anti-ad tracking feature in iOS 14 is forcing the future of the internet to be based on subscription. 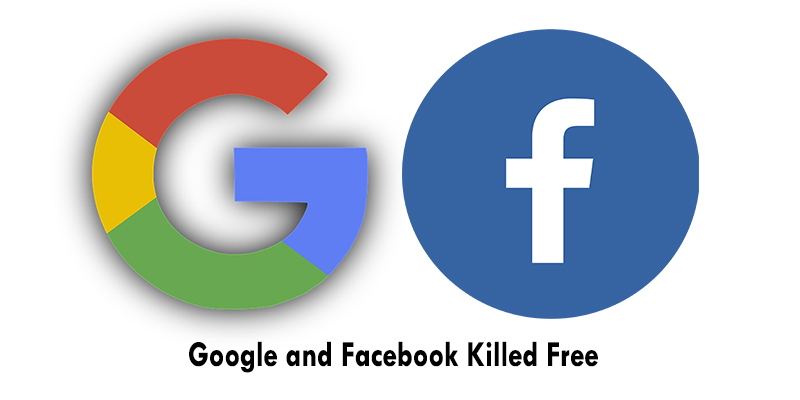 For those who are not familiar with this, the new upcoming IOS 14 software updates is an inclusion of a new popup dialog permission that would ask the user to either allow or deny the tracking of ad within IOS applications

This has greatly led to the repeated attacks of Facebook on apple with the aim of delaying the IOS updates and Apple has responded by stating that they are only simply providing users with the necessary information on how their data is being collected.

Manipulation of Users into a Free Basic Service by Facebook

Facebook has manipulated users into a free basic service, it is actually not strange that Facebook and Google are the ones directly influencing the majority of the internet traffic and have huge control over the digital advertising industry.

The Google AMP was initially designed for the optimization of web browsing but it has controlled the flow of the internet instead.

Basically, users of Google don’t like waiting for a website to fully load and also constant loading of large pages become an overhead when they are browsing on a small plan

This means that every time a user clicks on the AMP link, Google can actually track you by knowing what you are viewing irrespective of the fact that you are not directly opening a Google-hosted website.

In summarization, AMP is actually to some extent a Google attempt to become a gatekeeper of the internet which could become a threat to the open web.