Godfather of Harlem Netflix, a television series displayed on Epix in September 2019. It is actually an American crime drama series featuring stars like Forest Whitaker who acts the gangster Bumpy Johnson. Moreover, he is also one of the executive producers of the movie. The movie Godfather of Harlem is such an epic that everyone is expecting it to be on Netflix. 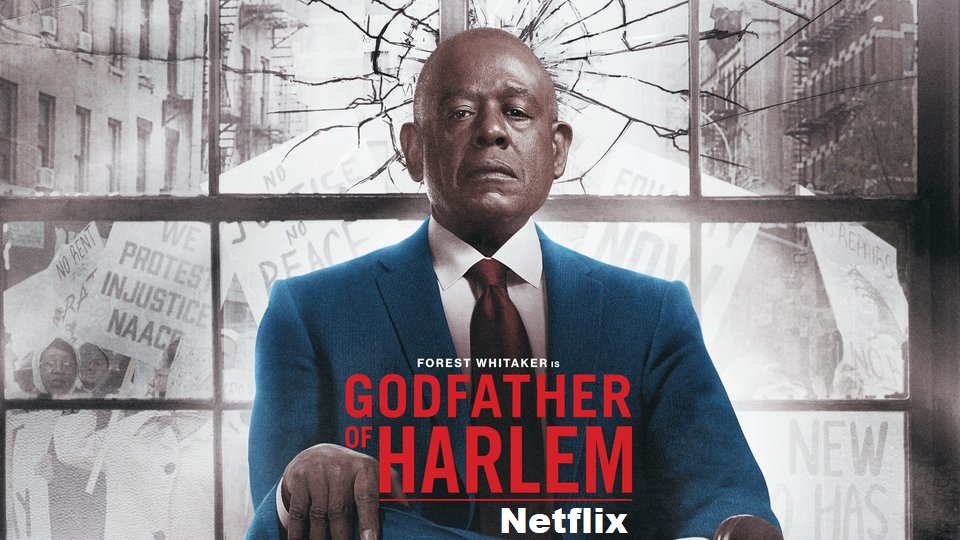 The American drama is a great series written by Chris Brancato, Paul Eckstein, Moise Verneaux, and Michael Panes. It is actually based on a docu-series based on the series titled By Whatever Means Necessary.

Is The Godfather of Harlem on Netflix?

Where can we stream the Godfather of Harlem, everyone wonders? This is an interesting series with rotten tomatoes of 92% for its first season. I had to go on Netflix to stream this series but unfortunately, it’s not found on the platform.

Even up till now, it can’t be accessible on Netflix. Although, there are other interesting movies on the platform such as Fear City: New York vs The Mafia or even Narcos which talks about the drug dealer ‘Pablo Escobar’.

Where can I Watch the Godfather of Harlem?

Since the American drama series can’t be watched on Netflix, there are still other channels that have the godfather of Harlem available. The original network Epix has the series in its collection, so you can download the epix app and watch the series.

You can also watch it on Fubo TV, Amazon Prime, or DIRECT TV through tuning to Epix Movies and TV shows. Moreover, it’s also on the Epix Roku Premium Channel but that comes with a huge subscription. Nevertheless, you can get it free with ads on The Roku Channel.

Concept of the Godfather of Harlem

The godfather of Harlem is a crime drama series which is all about Bumpy Johnson a notorious crime boss who has been in prison for the past 10 years. Based on the movie, he is actually returning from prison looking for his neighborhood only to find it in clutters. Worst of all, he found it to be under the rule of the Italians.

This was a big battle for the notorious crime boss as he had to make an ally with Malcolm X who is a Muslim minister; all done to take down the Genovese crime family. The Genovese crime family is a very powerful one, so he had no choice but to make that alliance capturing Malcolm’s political ascension in the midst of civil strife and a violent conflict that tries to rip the city apart.

After its first release, the fabulous drama series got nominated for 2 different awards but only got to win one out of all. Having 5 nominations and one win; it’s not that easy for a new series.