Foxconn is actually the biggest assembler of Apple Products and also the world’s largest contract manufacturer of electronics. On the list of largest companies in Wikipedia, Foxconn is holding 23rd out of the 50 largest companies. The company manufactures electronic products for major American, Canadian, Finnish and Japanese companies. There are some great notable products that are manufactured by the company, however, you need to read on to find out more. In this article, I will be discussing briefly the major things you should know about the company. So, to learn more, all you have to do is to pay attention and read on. 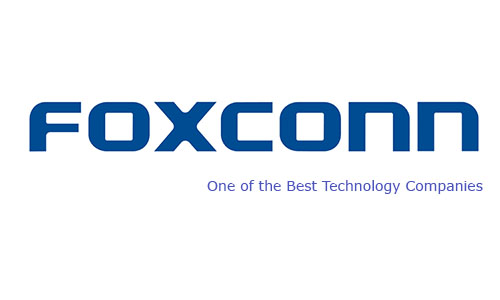 Foxconn also is known as Foxconn Technology Group is actually a Taiwanese multinational electronics contract manufacturer. It is headquartered at Tucheng, New Taipei City, Taiwan. The company today, is the world’s largest provider of electronics services and also the third-largest technology company as stated by Revenue.

In Taiwan, Foxconn is the largest private employer and one of the largest employers globally. Foxconn was founded by Terry Gou who is the chairman. As I said stated earlier, it manufactures electronic products for major American, Canadian, Japanese and Finnish companies.

Being a big and well-known company, it has been involved in several controversies. One of which, in 2010 following an employee suicides at its factory in Shenzhen.

At that time, the company was criticized by labor activists, who made accusations of the company for providing low wages and allowing employees to work past legal time limits.

The founder Terry Gou established Hon Hai Precision Industry Co., Ltd as an electrical components manufacturer in the year 1974. The first manufacturing plant of the company was opened in Longhua Town, Shenzhen in 1988.

In 2001, one of the important milestones for Foxconn occurred when intel selected the company to manufacture its Intel branded motherboards of using Asus. Then in November 2007, the company further expanded with an announced plan to build a new plant in Southern China.

There’s actually more to the history of the company, which you can find out by visiting the website. Foxconn has some international operations which I will be sharing below, however, let’s see some of the Notable products that are manufactured by Foxconn.

Some Notable Products by Foxconn

Also, Foxconn manufactured several CPU sockets which also includes the TR4 CPU socket on most motherboards. As of 2012, the company or factory manufactured an estimate of 40% of all its consumer electronics that were sold worldwide.

Here’s a list of both past and present Foxconn major customers;

There you have the list of the major customers the platform has or is still working with.

What is FIH Mobile?

FIH Mobile is actually a subsidiary of Foxconn offering services such as product development and after-sales. In 2020, FIH Mobile was incorporated in the tax haven of the Cayman Islands. It announced the purchase of Microsoft Mobile’s feature phone on 18 May 2018.

The company of course its own website where you learn more about Foxconn, however, it is in Chinese. The website is new and it can be accessed using this link.