As a Fortnite gamer, this news should be coming as something really nice. Now, some Fortnite Crafting has Received some interesting Improvements. And if you have tasted this new update this improvement should be great for you. 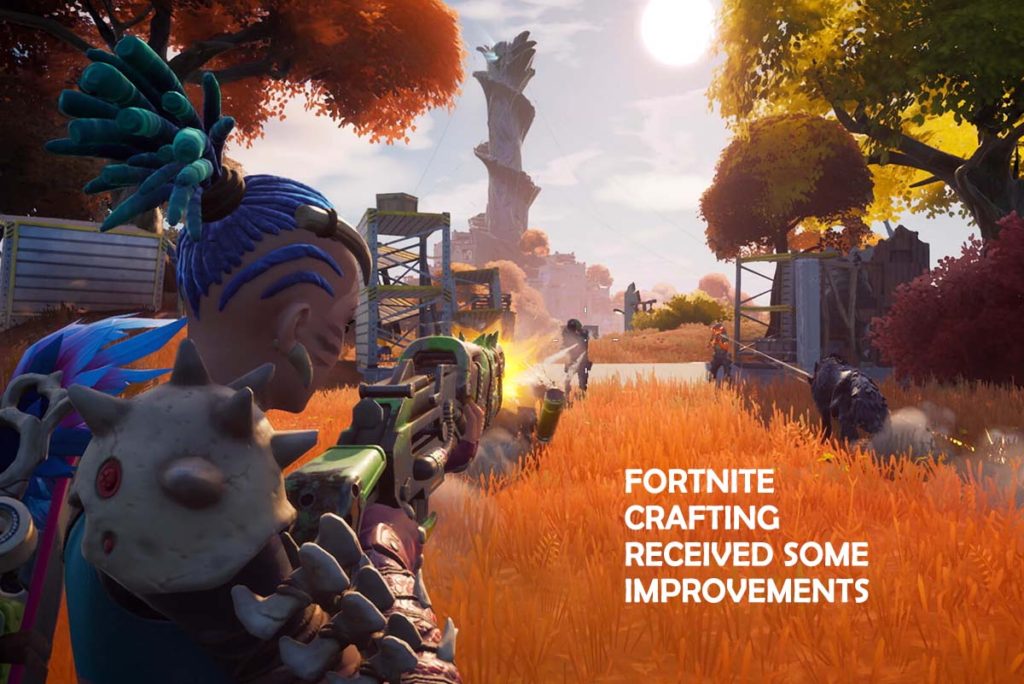 Fortnite’s Latest Season came with some interesting big changes, and they include the addition of new weapons and the ability to craft them into many powerful items. Although a lot of players have been enjoying this change, the formal arrangement left a lot of things to be desired and players have been complaining about troubles finding and crafting items.

Epic has recently released an update in recent days and it brought a number of improvements to game balance, as revealed in a new tweet in the company. There happens to be good news for Fortnite players that would enjoy crafting – the amount of crafting parts that were discovered on the floor loot has been doubled, meaning you would not have to desperately hunt for that last bone that you need to upgrade your firearm.

Epic stated that it has improved the accuracy of both the makeshift revolver and the makeshift assault rifle. Arrow speed and related headshot damage has been improved, joining a tweak in other to recycler’s junk bomb speed.

What is the New Fortnite Update

Aside from that, the company stated that it has improved the primal pistols’ fire rate and damage in addition to a general stats improvement for all the SMGs. Wrapping up all the changes, Epic stated that it has ‘equalized’ the rates which is a classic and primal weapon drop, meaning that you would find the classic firearms spread out evenly.

Some of the changes took part in the removal of the Fortnite Competitive playlist, which includes the removal of the mechanical Boom Bow, Rocket Launcher, and Cuddlefish. Monitor Fortnite Status Twitter account in other to keep an eye on other changes that were added to the game.