Recently, Fitbit announced the Ace 3, which is the next wearable that is in line and focused on your kids to get them up and moving. Just as suspected, the Fitbit Ace 3 does not come with the features that are, a fitness tracker or a smartwatch that is designed for adults, but it still comes in handy to help kids and parents track their activity all through the day. 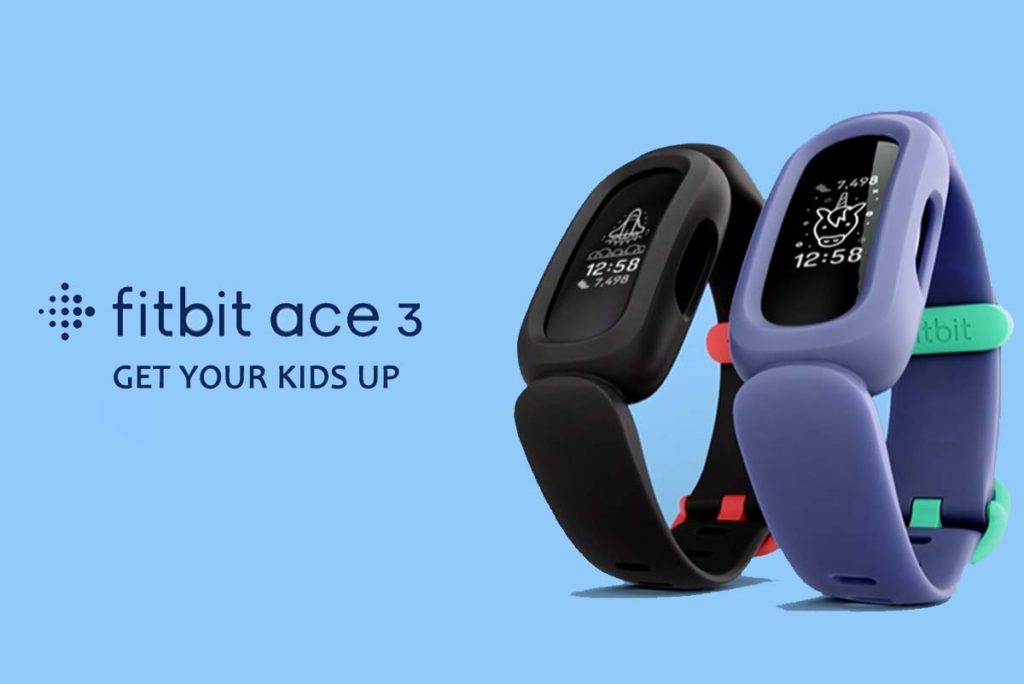 Also, it helps track sleep habits at night. Fitbit also argues that’s it is more important than ever right now that a lot of kids are not attending school in-person and are spending much of their time staring at the screens.

Fitbit Ace 3 Get your Kids Up

To begin with, the Fitbit Ace 3 get your kids up by prompting them to get 60 active minutes in each day and it also serves as a reminder to get a minimum of 250 steps per hour. Kids themselves can choose to set activity and step goals for the day, and when school activities return to normal, the reminder schedules can be customized just to fit an in-person school day rather than the remote one.

The Ace 3 also allows users for sleep tracking and bedtime reminders, that can be used to help your kids stick to a consistent sleep schedule. Parents of course are in control over a lot of the social experience, whether it is approving friend requests or deciding what you want to show on the Ace 3’s watch face. The Ace also requires a Fitbit family account to make use of, and that is what parents can use to keep track of the activities of their kids every day.

It probably would not hit you as much of a shock to learn that a big part of the experience involves customizable, animated clock faces, of which there are more than 20 to select from with this iteration of the Ace. There also happens to be a more customizable band in other to swap in and out, and for the first time, Fitbit is stating that it would be launching minions-themed bands with “more engaging minions features and offers that is coming soon.” It looks to be even in the world of wearables, minions are inescapable.

Fitbit’s finally stated that the battery that is in the Ace 3 would last for up to 8 days when fully charged. This smartwatch would be launching on the 15th of march, and when it launches, it would cost around $79.95, while those minions accessory bands can be purchased at $29.95 each. Fitbit Ace 3 is very useful and would Get your Kids Up.