First super-fast PCIe 5.0 SSDs teased ahead of CES. Samsung and Adata are both said to be teasing PCIe 5.0 SSDs ahead of January’s big CES event. With read/write speeds that are up to 14/12 GBps, this fresh generation of solid-state storage is basically twice as fast as even the fastest PCIe 4.0 drives. 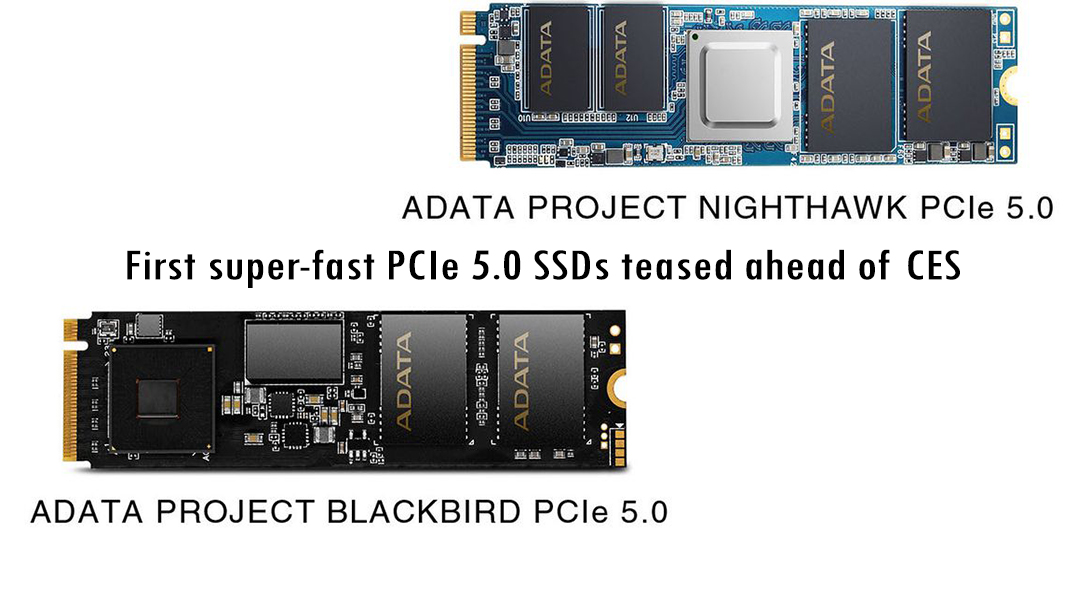 According to the verge, Adata was said to have teased two prototypes of its first PCIe 5.0 NVMe M.2 SSDs with capacities that are up to 8TB.

The supposed Project Nighthawk SSD is said to be designed with the use of a Silicon Motion SM2508 controller that’s capable of sequential read/write speeds up to 14/12GBps, while the Project Blackbird SSD features an InnoGrit IG5666 controller for 14/10GBps read/write speeds.

Data could hopefully deliver more needed details at CES which is to commence on the 5th of January unless COVID disrupts it again.

Meanwhile, Samsung has just announced the PM1743 PCIe NVMe SSD that is fitted with Samsung’s 6th gen v-NAND and a proprietary controller that gives aid to the PCIe 5.0 interface.

The company is said to be targeting enterprise customers with a promise of 30 percent enhanced power efficiency and advanced security features.

The PM1743 SSD will also be made available in capacities that range from 1.92TB to 15.36TB and is presently being sampled by chipset and server manufacturers prior to mass production in Q1 2022.

Unlike the SATA-based SSDs, PCIe can permit more bandwidth through faster signaling and even multiple lanes.

Due to their direct connection to peripherals, SSDs based on PCIe has been said to perform much better than the SATA counterparts that are said to use cables to connect to the motherboard, which also, in turn, results in high latency.