First Dual-Light-Sensitive Stacked CMOS Sensor Announced by Sony. A pioneer in digital imaging, Sony recently just announced it stacked CMOS sensors for full-frame cameras back in the year 2017 on the flagship Sony A9 camera. 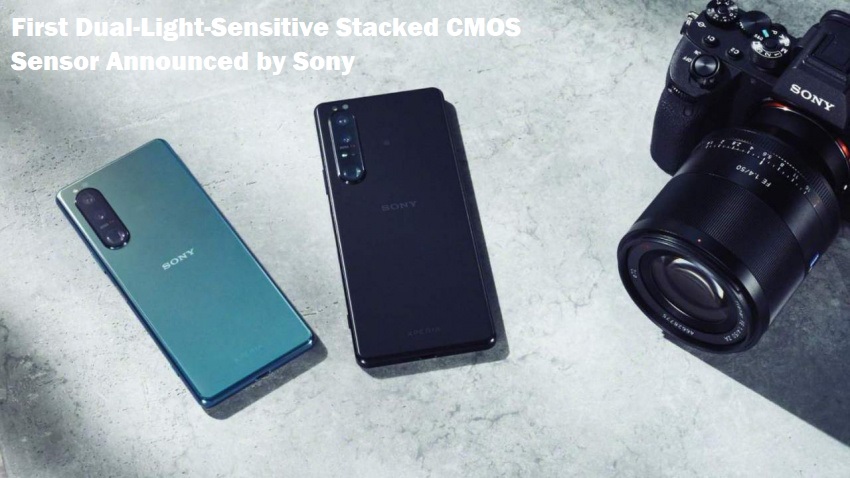 Sony’s Semiconductor unit happen to have announced the world’s first stacked CMOS sensor that possesses dual transistors layers that offers twice the amount of light it captures compared to a conventional stacked sensor.

As stated by Sony, while a traditional Stacked CMOS sensor has pixel transistors and photodiodes on the same substrate layer, the new dual-layer arrangement places them right in two different substrate levels. What this structure basically does is that it allows the sensor to capture twice the saturation signal level, and thus it improves the dynamic range of the images and also the noise reduction.

Although higher saturation signal level does not correspond directly to better exposure capturing, the characteristic does not come in handy when the sensor is trying to detect the illumination, especially in dark ambiances. So, doubling the saturation signal gain would not translate into twice the exposure level but, it would definitely imply an improvement.

Sony is confident that the new technology widens the “dynamic Range and noise reduction available from this new technology will present underexposure and overexposure in settings with a combination of bright and dim illumination (e.g., backlit settings) and offers high-quality, low-noise images even when in low-light (e.g., indoor, nighttime) settings.”

Sony tags the new two-layer arrangement as an “advancement” over the standard CMOS sensor. Photodiodes, that convert lights from electric signals, and pixel transistors, that control these signals, are found on the same flat plane in a typical stacked sensor. By making use of the two different layers of substrates, each of the layers gets to be optimized to further improve the uptake of light.

Sony also states that the separation of transfer gates from other transistors would build up rooms for a much bigger signal amplifier (aka amp transistors), and this increase, in turn, can be utilized in other to limit noise in images that are captured in environments that are dim.

Sony states that soon it would implement high-quality imaging on other devices that include smartphone cameras with this two-layer transistor pixel technology. What this means is that we should expect much better cameras on all smartphones that are making use of Sony IMX sensors, and not just the Xperia series, even though the latter might actually benefit from some premium features.

Finally, Sony has not given any details concerning when this technology would actually make its way to commercial devices, so for now, we can only expect this new improvement later.