As a car lover, the Fastest Electric Cars in the world must have slipped through your thoughts someday. With advanced technology in the automotive industry, it is not a surprise to see annual records of outperforming cars. 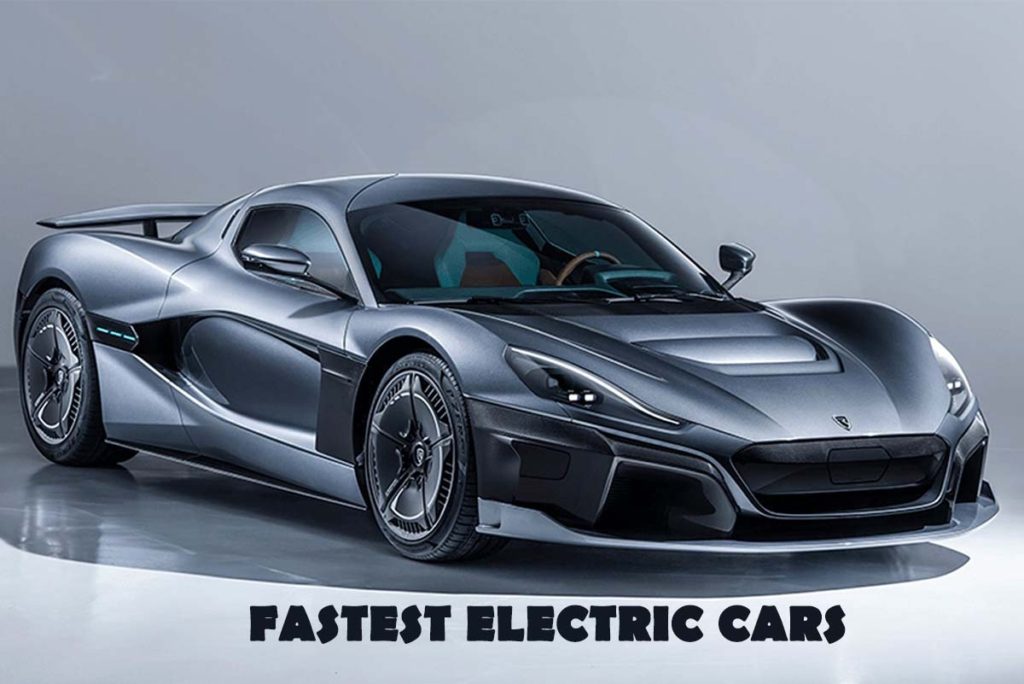 Recently, users are made to believe that petrol is the best choice to operate a car. But instead of been dependent on gas, some cars are made to run on electricity.

Modern engineering is now able to change the petrol means of running a car by making the Fastest Electric Cars. Read more on this article to get knowledge on Electric Cars to check out.

Though there are many hesitations when it comes to electric cars, like having a battery life. But currently, the automotive industry has brought a change to all that.

The Chevrolet Corvette is the best fastest street legal electric car out there. It has been able to hit a top speed of 186.8 miles per hour.

The design of the Corvette is nothing short but amazing. It features a 700-horsepower engine that permits the car to hit 0 to 60 in only three seconds flat.

The worth of this car is about $335,000. And what’s the craziest thing about the car? It makes use of manual transmission.

This car features 850 horsepower engines, nailing 0 to 60 miles per hour in precisely 3 seconds flat. This supercar deserves to be called among the world’s best electric cars.

Its top speed is at 198 miles per hour making it one among the fastest electric cars out there today. According to the manufacturers of this automobile, it can even go faster if the weight ratio has been adjusted.

Now, that’s something amazing given the very fact that the race track is accessed by engineers as their lab to develop new technologies. It makes use of a 2000-kilowatt motor and lithium-ion phosphate battery.

The Tesla Model S P90D is also a powerful electric car that can reach up to 160 miles per hour. It has been seen to defeat the discontinued P85D.

As mentioned earlier, Tesla is the kind of company that has been bringing innovation after innovation to the automotive industry.

In fact, this car can reach 0 to 60mph in only a matter of 2.8 seconds. That is a powerful feat, especially for a sedan. Due to this, it has developed a reputation for its fast acceleration time.

Basically, the P90D is just an update to the Tesla Model S P85D model. However, it is seen as more than just a car that will break speed records. It’s an electrical car that runs on things like max battery performance mode.

At $980,000, the Rimac Concept One is not just only a fast automobile, but also an upscale piece of an automotive gem.

In several occasions, it’s been described as among of the fastest electric automotive vehicles seen in the market today. In terms of performance, this car can reach 0 to 60 miles per hour in only 2.8 seconds.

The amazing thing about Rimac is that the industry itself started only in 2009. And to make things even more amazing, it started in a garage. Over the years, it’s been able to patent up 24 innovations.

The Rimac Concept One uses a 1,088-horsepower engine and also the battery could power the whole unit up to 500 kilometers per charge.

The Blood Shed Zombie 222 is an electrical version of the 1968 Mustang. it has reached up to 174 miles per hour. It operates with an 800-horsepower engine and has found inspiration from Plasma Boy’s venture to alter old cars into electric cars.

The name Zombie 222 stands for 2 motors, 2 controllers, and too fast. This car made a record to hit 60 miles per hour in only 2.4 seconds. With a dual-motor, it provides power to the vehicle that not even the Tesla P85D could match.

The good thing about the manufacturers of Zombie 222 and White Zombie is that they’re not stopping here. They are already planning to take it further and hit the highest speed of 180 miles per hour.

There are many reasons why the automotive industry is now switching to electric cars. One of the reasons is that the world’s climate is already changing.

This is also to explanation to why governments do their best to implement rules that may control emissions. Over the years, you can blame the automotive industry to contribute to the present problem.

However, today, we’ve electric cars to make the change. Fastest Electric Cars are said to be the answer to global climate change. It can help curb our dependence to petrol.