What Facebook’s Oculus Quest VR Headset? Have you heard of it before? If no, then in this article we are going to look in to it. So I urge to read through the end to find out more. 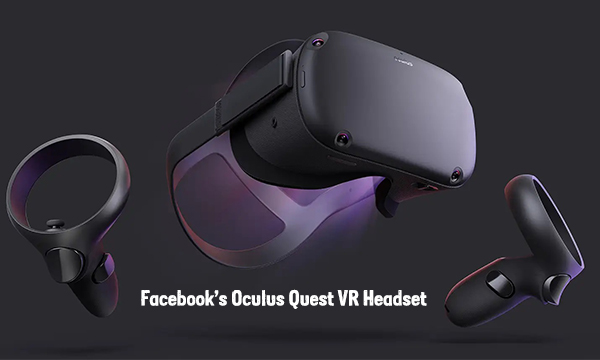 Oculus is a brand of Facebook. This brand helps to develop and produce headsets that are in the form of virtual reality. These Virtual realities headsets are meant for video gaming.

Originally founded by Palmer Luckey, Brendan Iribe, Michael Antonov and Nate Mitchell it was acquired by Facebook. This acquisition took place on March 2014. It took Facebook US$2.3 billion both in cash and stock to be able to acquire Oculus.

With this Facebook’s Oculus Quest VR Headset you can be able to enjoy your games with much more graphic clarity. It gives you that HD virtual reality that makes the game more interesting. Making you feel present in the game itself.

Facebook’s Oculus Quest VR Headset is a next level gaming for VR. It some amazing features which are listed below.

NO PC. No wires. No limits:

With the Oculus Quest you can play your game anywhere with the trouble of wires. It is a wireless VR device which can be taken anywhere and can be used to play anywhere.

It is an easy to set up device with any gaming platform. So whether you are at home or somewhere, you have an effortless device to Set Up. You can use it while standing or sitting.

Oculus Insight tracking has the ability to keep track of your movement when playing the game. It helps to translate your movement in your room into VR no matter where you are facing.

This Oculus device has an in built audio in it. This Built in audio. Allows you to hear what is happening within the game you are playing. So even without headphones you can still hear what is going on.

With these two touch controllers you can be able control what is going on in the game. You can throw slashes and it will appear in the VR with great precision.

It also has the feature of hand controlling. To be able to make use of the hand controllers just drop down the two touch controllers. Once they have been dropped, you can now navigate around your arms to play certain games.

How to Set up Your Oculus Quest

If you are looking for a way to set up your Oculus Quest, then the steps will help you to do.

After the process has been completed, the headset will be updated. It is then ready to be used. This process will only take a few minutes of your time.