One of the newest dating tools in town, Facebook dating, has been making the rounds for so many reasons. While many may be surprised that Facebook finally has ventured into the dating scene. Some on the other hand are surprised and also curious at the same time as to what Facebook will bring to the table. Well, the feature hasn’t been around for a very long time, but it has however met some positive reviews from users so far and it is welcoming. The feature has been around for two years now at the time of this writing and is still not yet available in all regions with access to Facebook. Well, this article will not be addressing all things Facebook dating, but just a feature of the dating tool on Facebook known as the Facebook secret crush feature. 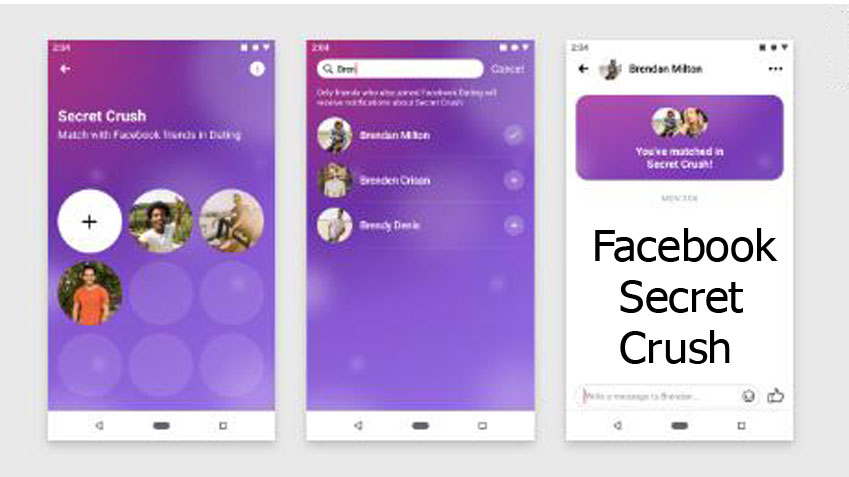 What is ‘Facebook secret crush’? Facebook dating has been making the news recently for all the right reasons. And it seems that the social media platform has finally got the fans back in their favor. Facebook dating came as a surprise to many. But personally, I have always had the feeling about Facebook going or joining the dating market soon. It’s just that I never knew when. However, the time is finally here and users on the Facebook social media platform can now find love on the platform via things they actually love and do. Now that we all know that the Facebook dating feature is here, it’s time we all learn about other aspects of the feature.  Just as explained in the previous paragraph, I will be deliberating more on the secret crush feature

This feature works in a simple way. Also, this feature actually is one of the most liked and sought after feature on Facebook dating. This feature lets users of dating to add up to nine Facebook friends or Instagram followers. Facebook does not let users add friends to their personal profiles or those in their circle. But with this secret crush feature, users can actually bypass that. When you add a person to your secret crush list and the said person reciprocates, it’s a match. The person is sent a notification that he or she has been added to a secret crush list. And when the person adds you back to their own secret crush list, it’s a match. But if on the other hand, the person does not add you back to their list, your identity remains anonymous.

How To Get Started With Facebook Dating Secret Crush