Facebook, the biggest social media platform on the planet has announced the News Ban in Australia. This will restrict publishers and people that are in Australia from sharing or viewing Australian and international news content” due to the Australian Government’s media bargaining code. Even though the code is due to be voted on in parliament, the country’s news ban is already in effect, with the Australians waking up to messages coming from the social media giant giving details of the changes. 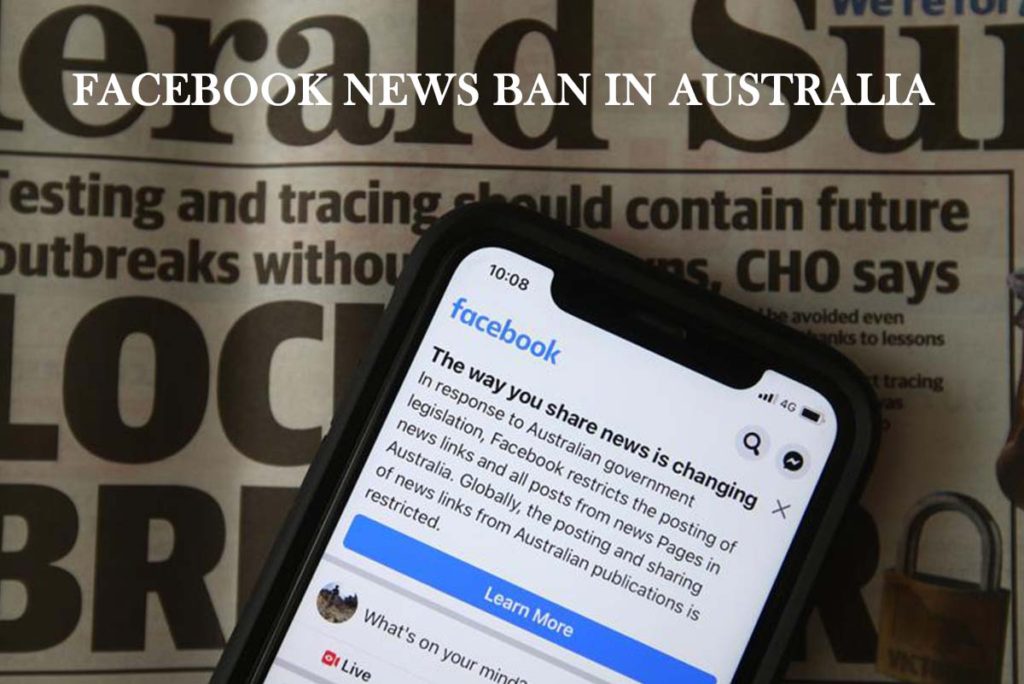 Australia’s Media bargaining Code made a proposal that the tech giants that include Facebook and Google pay local media publications when linking to their content, hoping that the revenues would be split among media sources equally.

Google and Facebook did not agree to this proposal at first, with the claim that it misses the point. Facebook Spokesperson William Easton said the law “fundamentally misunderstands the relationship that between our platform and publishers who make use of it to share the news content”.

Microsoft, seizing on this opportunity, sided with the Australian Government and place forward its search engine Bing as an alternative, offering in other to bring up the investment in it if Google were to remove their search engine entirely from the country.

Microsoft also stated that the United to take up the same law that Australia is proposing, stating that it would “strengthens democracy by requiring tech companies to support a free press”.

The Opposite of News

Regarding the specifics of Facebook’s latest ban, it affects everybody and all the news organizations that are in Australia. Neither party would be given the option to view, link to, or share any news, either locally or on a global scale.

This is stating that Australian publications that have previously acquired global readers via sharing to Facebook would no longer possess the visibility and the ability to do so.

This also means that any Australian that is looking forward to Facebook to keep up to date on global events (or local) would no longer have access to any news items whatsoever.

Based on the studies that were conducted by analysts Roy Morgan, as of last year March 2020, 37.7% of Australians relied on social media as their main news source, and 16.5% relied on sites that offer news feed like Google news – in the two cases, it happens to be a significant portion of the population.

Facebook News Ban in Australia’s move has already started to take up some disturbing consequences that the social media company may have not foreseen, with numerous pages aside from those of news outlets being blocked.

Other state health departments which include SA health and Queensland health have been blocked, as reported by the Guardian. A lot of these pages provided very important information concerning the Covid-19 pandemic, and the vaccines, so to block them at this time is extremely concerning. While some pages have been restored, a lot of damage might have occurred.

Numerous charities of which bowel cancer Australia and the kid’s cancer project have been blocked. Australia’s main domestic violence phone service, 180 respect also been hit by this news. A lot of people are not happy with Facebook because of this news, and other people cast their blame on the government of Australia.

Shadow health minister of Australia, mark Butler, tweeted that “Australians need to hear from credible voices concerning the rollout of the vaccine. This is totally irresponsible from Facebook. The Morrison Government needs to fix this today”. for more details on the Ban, click here.