Have you ever gotten wrong or fake information on Facebook? If you have, then you really need to read this article. Facebook as a social media platform is one of the best news Media in the world. This platform originally is a social media platform. But due to fame and popularity, it has amassed over the years, it is one of the best places to get news and other important information from. This article, ‘Facebook launches new education campaign’ I will be sharing with you a very useful information regarding news on the platform and how it’s been shared. Therefore to get this information, join me by reading. 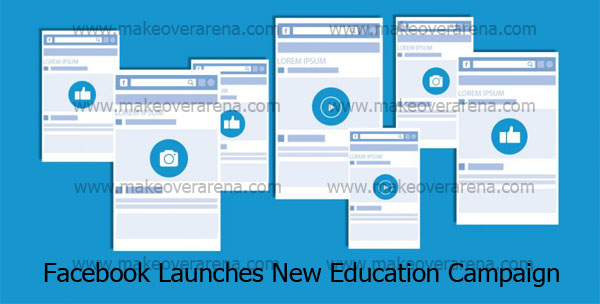 Facebook has launched a new education platform. And do you know that this campaign is all about? Well if you want to find out, you will have to continue reading. Facebook over the years, has been used to promote fake news and information. And this is something Facebook and many users have been working tirelessly to combat. With this new campaign launched by Facebook, the social media platform is looking at and exploring various ways to combat the spread of fake news on the platform. So far so good one cannot say that their efforts have been effective, but does one quit using the social media platform?

It is no longer news that the social media platform that we all know and love Facebook has been used to promote false information. Even with all the carefulness of users and the platform itself, spreading fake news on Facebook is still an issue to this day and this is where this campaign comes in. this campaign is just a measure put in place by Facebook to spot and report these fake news. If the aim of this campaign is achieved at the end of the day. The number of fake news being spread and promoted on the platform will reduce drastically.

This campaign will only be launched in selected regions across the globe. My take is that the places where this campaign will be launched will be places or regions that have been hit the most with these fake news on the platform. This campaign ad will appear at the top of the news feed of Facebook users in selected regions that have been earmarked to partake in this campaign. This ad campaign will show or display for a total of three days. Facebook users who click on this promotion will be redirected to a Facebook help page. Here, they will see a list of 10 tips in total that will help them in identifying false stories on the platform.

Countries Where The Facebook Education Campaign Will Be Launched

The campaign will be launched in a total of fourteen countries worldwide. Therefore if you are a Facebook user in any of these regions. Be ready to take part in this Facebook educational campaign.