Facebook on Wednesday announced the launch of the “Facebook Journalism Project Community Network” in an endeavor to combat the spread of faux news. The Facebook team said this new Facebook Journalism project will allow collaborative development of stories products, generate new training and tools for journalists and forge more methods to “curb news hoaxes” and “promote news literacy.” 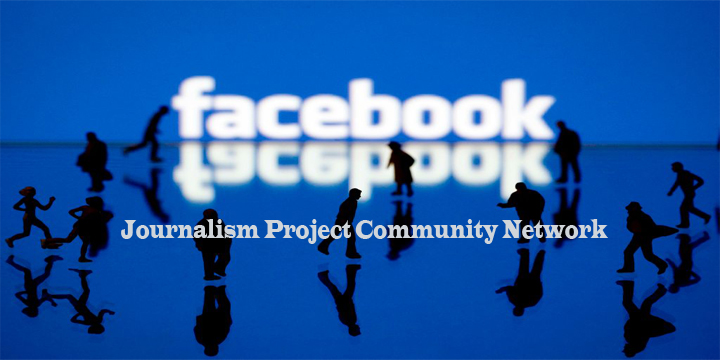 “Facebook is collaborating with other news publication organizations to develop products, learning from these journalists on ways it will be a higher partner. And dealing with publishers and educators on how it will equip users with required knowledge to learn readers within the digital age,” Fidji Simo, the project’s director, said during a statement.

The social media giant has pledged to develop new strategies to fight the increase of unreliable news sources that became popular during the 2016 election.

According to Simo, “It is known that the Facebook Journalism community values sharing and discussing ideas and news. And as a component of its service, it cares a good deal about ensuring that a healthy news community and journalism can develop.” Establishing this new program will forge a stronger bond between Facebook and the partnering news companies.

Facebook’s main strategy to combat news hoaxes will depend on enabling readers to “report them more easily” and developing methods to “disrupt the financial incentives for spammers.”

The social media platform also will work closely with third-party fact-checking organizations to spot fake news articles. “We will work with third-party organizations on the way to better understand and to market news literacy both on and off our platform to assist people in our community to have the knowledge they have to create decisions about which sources to trust,” Simo said.

Facebook is trying to enhance relations with skeptical newsrooms by making several investments in journalism tools, training, and news literacy. The corporate announced a replacement umbrella for its initiatives, called the “Facebook Journalism Project,” with three different parts.

In some cases, Facebook is promoting what it already does and expanding their efforts. For other cases, it’s putting in place new partnerships with news organizations and advocacy groups. one amongst them is that the News Literacy Project. The overarching message is that the social media giant wants to be a devotee, not a foe, of cash-strapped news organizations.

“We’re investing lots of your time,” said Patrick Walker, the pinnacle of media partnerships for Facebook in Europe, Africa, and also the geographic region.

At a word in London on Wednesday, Walker said “we’re trying to induce deeper at collaborating” with news outlets. One example, announced Wednesday, involves linking Facebook engineers with their counterparts in newsrooms.

The idea is that “we can build together from the first stages of the merchandise development process,” Fidji Simo, Facebook’s director of product for media, said during a blog post.

“New storytelling formats” are already within the works, Simo said, so are ways to market news subscriptions within Facebook.

Simo said local news is another area of focus for the corporate. Many local and regional newspapers have experienced severe cutbacks in recent years as digital advertising has supplanted print.

That’s one in every of many reasons why many journalists tend to approach Facebook Journalism Registration with skepticism. While the social network may be a huge a part of newsroom efforts to share links to stories, it’s sometimes a frustrating partner.

Employees at media companies complain that Facebook is just too opaque about its operations and too slow to acknowledge its responsibilities as a distributor of reports and opinion. Facebook is additionally harassed to curb the spread of so-called “fake news” — hoax stories designed to deceive people. the corporate recently started testing warning labels on disputed stories.

Wednesday’s announcement emphasized media literacy as an implicit response to the problem of “fake news.” “We will help organizations already doing important add this area, like the Walter Cronkite School of Journalism and Mass Communication at Arizona State University, and convey a consortium of experts together to assist settle on what new research to conduct and projects to fund,” Simo said.

“In the short-term, we are working with the News Literacy Project to provide a series of Public Service Ads (PSAs) to assist inform people on Facebook about this important issue.”

Facebook will look to create financial grants to news outlets that are attempting to handle news literacy, Simo said. The company said it’d also expand its training and e-learning courses, meant to assist journalists to become enhanced at using the social network.