Have you heard of Facebook E.gg? Well, i guess you haven’t heard of it. This is a new feature that Facebook as a platform has users. Now the Facebook’s internal R&D group, NTE Team, has officially launched its latest app, E.gg in addition to a broader audience.

This app, a freedom creation tool described as a “digital zine creator” and “GIF collage bonanza”, was announced earlier this year, but was only onboarding users via a waitlist until now. 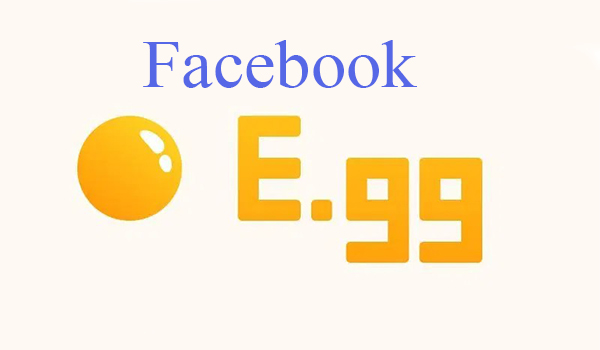 I bet you are curious and will like to know what the app does right? Now I will tell you. This app allows users to create and also share canvases, which are basically mixed media “artsy” collages created using a combination of text, images, and/or GIFs.

Now the latter leverages Facebook’s acquisition of the GIF repository Giphy from May. Note, that anything you make in E.gg can be given it’s own unique URL, allowing other users to view your content even if they don’t have the app installed themselves.

Also, if you do use E.gg, you can easily browse through other people’s work directly in the app. And when you discover something on their pages you like, you can reuse that content on your own pages with attribution.

Also, when first introducing E.gg, Facebook Product Manager Jason Toff describe it as an “experimental new platform for weird and wonderful expressions of who you are and what you love”.

Adding that the inspiration for the project was the “raw and exploratory spirit on the early Interwebz”.

Well, in the early days of the web resulted in a lot more weird and offbeat creativity, because users were experimenting with what was possible – from dancing baby GIFs to awful font choices to tacky website backgrounds.

Well, the question E.gg aims to answer is whether a more low pressure, creative tool can help give people the power to express themselves more freely. According to Facebook, during the beta testing phase of E.gg, people used it to create Fan Pages, Guides, Tributes, Profiles, Collages, Recipes and more.

Now this app is not yet available on Google Play Store, but you can download it from App Store. And if any case you can’t find the app or in downloading the app from App Store then click here https://e.gg/.

Unfortunately, this app during its beta period had also been met with complaints from artists who claimed it was stealing their work. Now they said the tool had pulled in their GIFs without permission or credit.

Well, Facebook responded at the time to acknowledge the issues and noted that the reason the app was still in a beta testing phase was to get feedback about the sort of problems it needed to correct before going live.

According to the company it would hold off on expanding E.gg until it fixed these problems.Now Facebook says it has addressed the attribution issues, On Desktop, it’s testing an “attribution” button on the bottom left of each page.

While on mobile, you can tap “bits” to see who art is by, the company notes. Also E.gg is available as a free download from the IOS App store in the U.S users can also view a few sample creations via https://e.gg/.