You might have come across so many updated features of Facebook, especially the highly interactive 360 photos. These photos tell viewers to move their phones around to get details about their surroundings. The trend of sharing regular photos on Facebook has gone now and the future is all about 360 content. 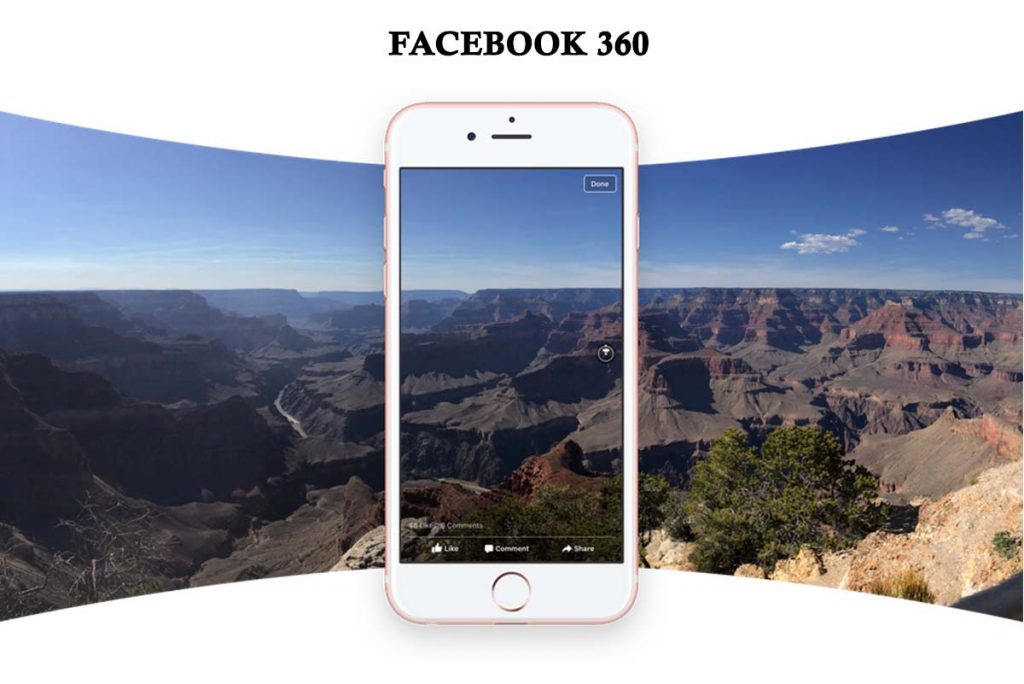 With the widest collection of unique 360 experiences, Facebook is the best place to share, discover and take your content to the next level with 360 Video. Fans can easily discover your content with a special 360 icon indicating interactivity.

As we all know that the Facebook 360 photos or videos are captured from special cameras that have 360 degree capability.  A 360 photo allows you to see a photo from every angle including above, below, behind, and next to you. When taking a 360 photo, the field of view will automatically be set to the middle of the photo.

So, most of you might be thinking that you may need to spend a lot to stay tuned to this feature on your device. But the truth is that you need not buy any expensive camera unit to produce 360 photos for your Facebook post. It doesn’t even require a special 360 degree app to upload interactive pictures.

A Facebook 360 photo an immersive, panoramic photo that Facebook users can upload to their personal or Facebook business page to give viewers a 360-degree view of what’s happening.

This is a Facebook marketing tactic that can increase page views on relevant posts – especially if you’re using Facebook for business.

Where can I Find 360 Photos

360 photos have amazing immersive formats that are gaining popularity amongst VR enthusiasts and developers. But they seem hard to find. Where can you find them? Below are lists of the best sites to view and download 360 photos;

Below are some of the tips on how to make 360 pictures;

If you are serious about 360, we recommend that you get a specific device as they are getting more and more affordable. But if you want to share or embed a beautiful panorama, it’s still possible to do it with your smartphone, and it does not require any spending. You just need to install the right app. you can get more details about the Facebook 360 here.