Finally, the acclaimed eFootball PES 2020 has been released on this day, Tuesday the 15th of September 2020. So what are you waiting for, load your games, and start playing this gaming on your favorite handle today? But before you do that here is the eFootball PES 2021 season update. It has already been announced just how much the game will cost and where it will be available, but it just might be that there are some important pieces of details that have been left out to you. You can however choose to get the main game or get the season update which is much cheaper than the usual game release. 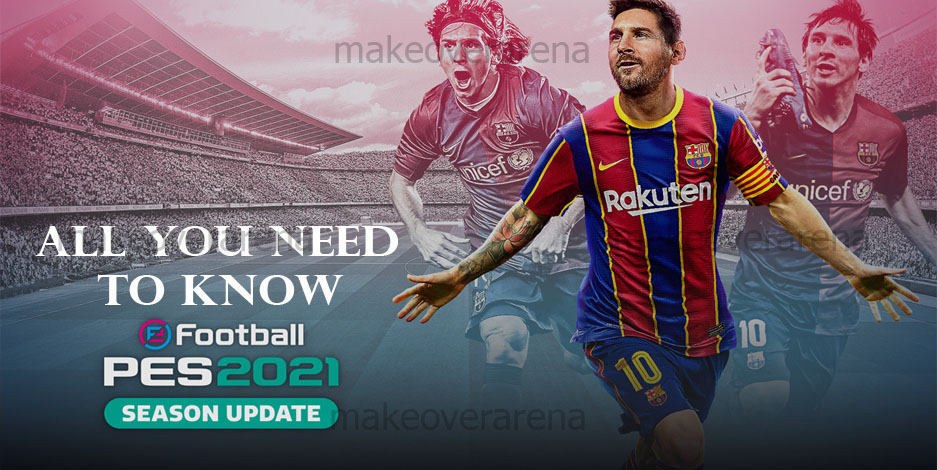 Now with the new eFootball PES 2021 season update, what do you get to see as a PES fan and lover? You should expect to see the various features that made the franchise won the best sports game in the previous E3 award and many more other new features. In this article, I will be discussing with you some of the updates made to the franchise. So if you are a lover o this game, don’t go anywhere as this promises to be an exciting one and moment in history. In this eFootball PES 2021 season update content, I will be sharing with you some important pieces of information with some of the games features such as;

With new seasons kicking off all over Europe and in other parts of the world, start your very own new season in the PES 2021 game with our favorite European club when you purchase a club edition of the game. With the club edition of this franchise, each club comes with the aid club full squad including players and managers. Also included in this club edition, you get several club-themed bonuses, an iconic moment series layer, a digital kit, and many more. The available club editions are;

These are the available club editions with the PES 2021 season update.

When you purchase the eFootball PES 2021 season update you will receive the veterans bonus that comes with it. But in order to be eligible for this bonus, you should have played the myClub mode in the previous PES 2020 or PES 2020 lite versions. Therefore if you played any of these previous editions, then you are eligible for this veteran’s bonus. However, you should know that the bonus that will be available to you will be based on the milestones that you achieved while playing the myClub mode in PES 2020.

The bonus will be available in-game in the PES 2021. The milestones you need to achieve are categorized into two with each of the categories having its own tiers. The rewards you will receive as your veteran’s bonus will be based on your progress in each milestone. You don’t necessarily need to go through milestones 1 and 2 in order to get bonuses.

It is very possible to receive rewards from each of the milestones without actually completing both. If however, you chose, you can receive rewards from both milestones. Another important point to note about your rewards and milestones is this. You can only earn one reward from each set of tiers you learn more about the rewards check here. The veteran’s bonus also features the PES 2020-21 iconic moment series.

These are the names of the players you get from the iconic moment series players list in the veterans bonus feature.

This update also features new managers. And guess what? Three new managers have been added to the master league. These new managers are previous legendary footballers we all know about and they are;

What are you waiting for then, try your gaming skills at the new season of master league with any of the above mentioned former stars now managers?

The new update comes with incredibly amazing gameplay features that every fan will find intriguing. Outsmart and dissect good defenses with finessed dribbling skills and features and so many more other sets of skills such as trapping mechanics and kick accuracy. Each of the player’s individual style will bring depth to your squad during gameplay. From its master league feature where gamers are put in the managerial roles of their very own club to match day and visuals, the eFootball PES 2021 season update promises to be an exciting one