Dune Review Blockbuster Cinema at Its Dazzling Best – After various releases of the dune trailer, the movie finally premiered at the Venice film festival. And also the movie will be available in theaters and HBO max next month. 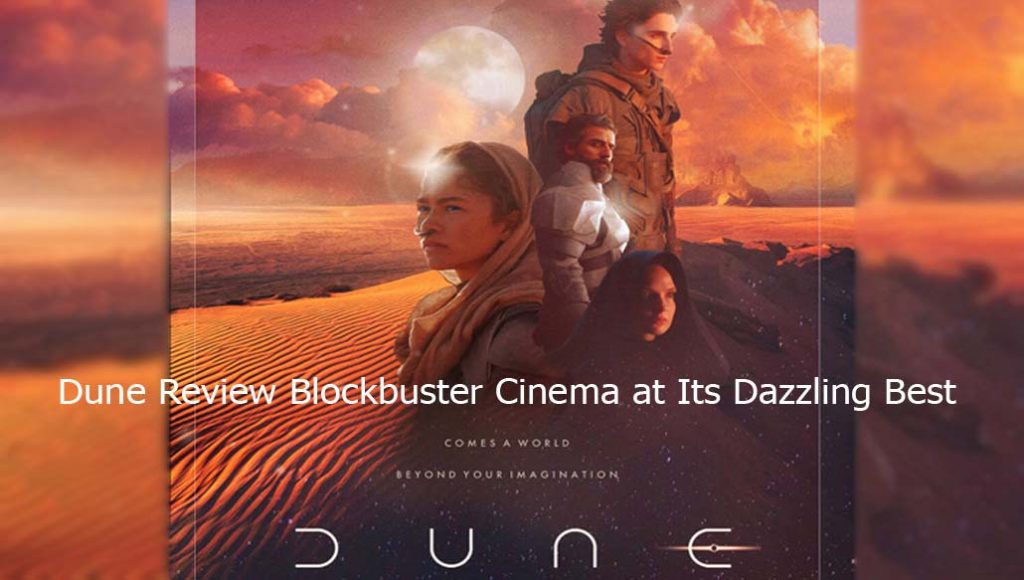 With some persons having seen the movie already, they have enough to say. Reviews so far about the movie suggests that Denis Villeneuve’s star-studded sci-fi movie is stirring and weird but also it leaves too much to think about and unaccounted for.

From the premiere of the movie, one can say that it is intriguing and exciting no doubt. The movie dune gives a thrilling and exciting experience. It leaves fans and viewers hugely satisfied and deeply frustrated as it leaves much hanging. Just about when it seems the movie is kicking into gear, it stops.

The movie starts with a title that reads “Dune part one”. And that’s a sign that shows you that you are going to get a lot from the movie. But instead, what do you get? You get a movie with lots of stunning visuals, ideas, and pieces of information about a whole lot.

Dune Storyline and Everything You Need to Know

The movie centers on the powerful Atreides and Harkonnen families. Both families are space aristos reigning over the Arrakis planet. The Arrakis planet, a desert world where treachery is at its peak including its dirty political games. Planet Arrakis is the only source of spice, a substance rather that serves as fuel for space travel in the dune universe. The planet Arrakis is so rich in substance that it can be seen glittering everywhere even in the air.

Also in the movie is young price Paul Atreides, a figure that has a mysterious allure for spice. At his age, he had a lot going on in his life. His dad is an upright duke teaching him the game of cosmic realpolitik. His mom on the other hand is a powerful space witch. Also, he is plagued by a dream of a blue-eyed desert warrior and he just might be an intergalactic messiah but he doesn’t know. Young prince Paul is the heart of this movie and everything it stands for. To check out more about the storyline, check out this blog post on Cnet about the dune premiere.