With each passing day, we’re becoming conscious of the issues surrounding privacy data most with Facebook. That’s why Dating Apps Without Facebook have been made available to help protect privacy and data. I am not saying Facebook is not a good platform to use, in fact, it is one of the best social media platforms available to use.

The fact that most dating apps have been linked to platforms like Facebook and Instagram. And it is a requirement most users are not happy about. With that said, there are dating apps that can be used with Facebook and I’ll be discussing a few of them in this post. So read on to find out more. 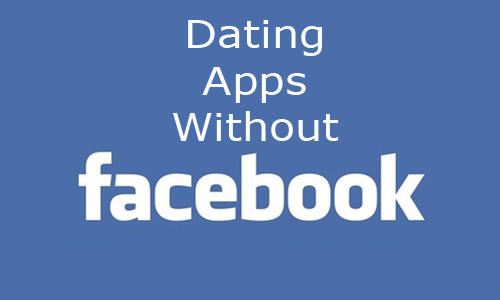 Because Facebook is the largest social platform that is being used by over 3 billion users. It’s just like a driver’s license for dating online. The apps that I’ll be providing in this article, do not require a login from the social platform to use.

Tinder is one of the most dating apps available ith the swiping motion. It started out as Facebook users only dating app but later changed. That’s to say, you can access the app using your email or phone number instead of a Facebook account. The dating platform is free and simple to use. The application is compatible with any device type including iOS and Android devices.

Bumble is the leading dating app that has women leading. That is to say, the women make the first move. Individuals can create accounts using Facebook or without Facebook, then use email or phone numbers. Women are in control. The platform is free and easy to use. It is compatible with any device type including iOS and Android devices.

This is another great option for a Dating app or platform that doesn’t require a Facebook login to access it. Using the platform is free, but there are paid subscription features that you can upgrade to. Facebook is not needed to create an account, all you need is an active email address and a username. It is compatible with any device type iOS and Android devices.

This is another dating app to find love out there. OkCupid is free for all to use including the LGBTQ community. It doesn’t require Facebook login access to use the platform. Users can browse potential matches and find compatible matches to connect with. It is free to use and also compatible with any device type including iOS and Android devices.

Coffee meets Bagel recently joined the no Facebook login crew, that is to say, you can sign up using a phone number. It is perfect for those who are tired of swiping right and left motion. It is free and simple to create a profile. Coffee meets Bagel is compatible with any device including iOS and Android devices.

Badoo is not as popular as most dating apps but it sure has a user base of over 250 million worldwide. And that makes it one o kind of the major app. Creating an account on Badoo doesn’t require interested users to have Facebook access.

It is not just an application for finding dates but also for making friends. That is to say, it can be used no matter what you’re looking for. You can download it on your iOS and Android devices.