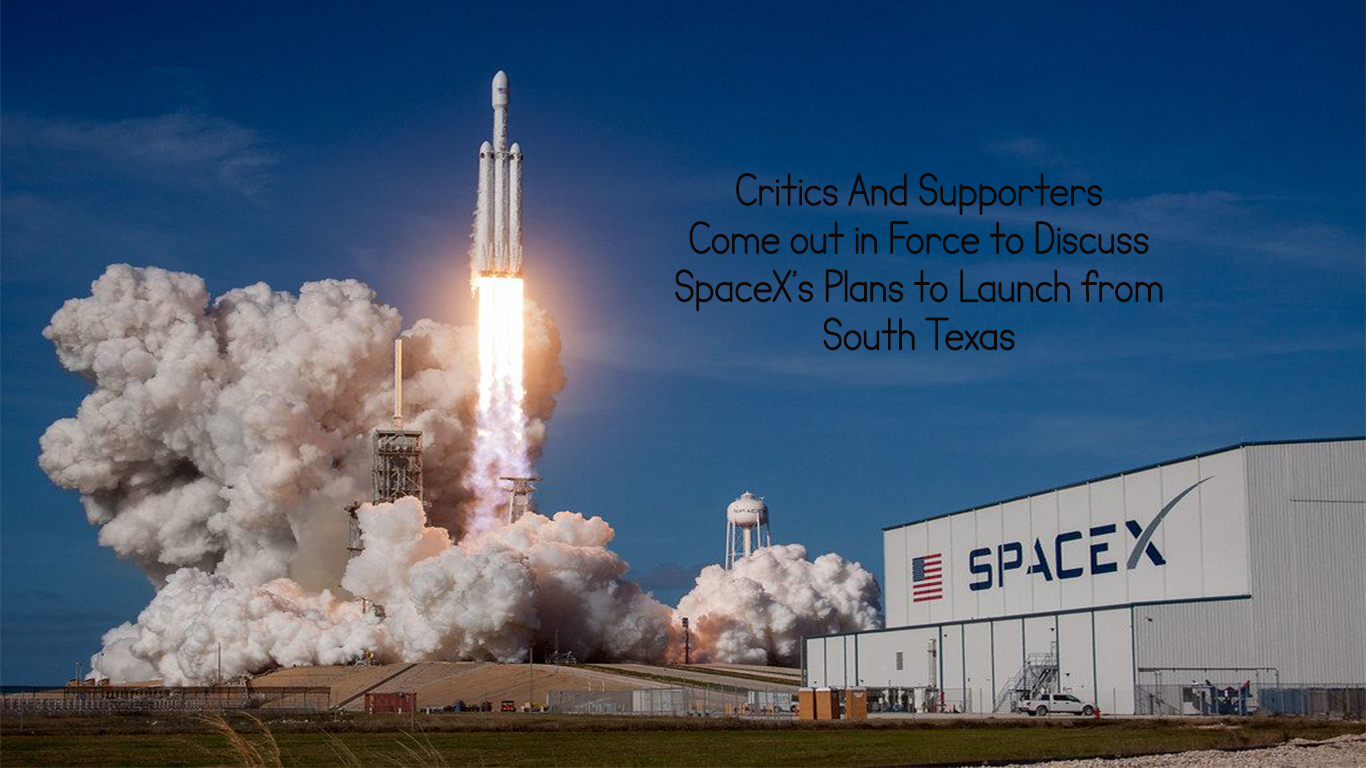 This week, a vibrant mixture of supporters and critics voiced their opinions about SpaceX’s launch operations in Boca Chica, Texas during virtual town halls input that will be considered as the government decides the company’s future in the state.

More than one hundred people took the time to give their thoughts during the meetings on Monday and Wednesday, with opinions ranging from effusive praise of the company to concerns over SpaceX’s impact on the region’s communities and environment.

The lengthy town halls were hosted by the Federal Aviation Administration, which is currently evaluating whether to give SpaceX a license to launch the company’s massive new Starship rocket out of Boca Chica.

SpaceX has been building and testing Starship prototypes at its launch facility in Boca Chica for the last four years now, but the company wants permission to launch the vehicle into orbit from the area. Such operations require a license from the FAA in order to ensure that orbital launches won’t harm nearby people or property.

As part of the licensing process, the FAA conducted an environmental review to assess what kind of effects SpaceX’s launches will have on the area. The agency released its findings in what is known as a Draft Programmatic Environmental Assessment, or PEA, in September.

That release sparked the beginning of a comment period that has been extended until November 1st, where members of the public can give their thoughts on the PEA and bring up any possible issues the FAA might have missed.

While the FAA accepts comments in writing, the agency also hosted the town halls this week so that people could give their opinions orally.

SpaceX fans attended the meetings to show their support for the company’s efforts. A common theme among the supporters was that while they did not live in Texas or near Boca Chica, they wished to see SpaceX continue working and launching from the area.

“I don’t live near Texas, I have no stake in this currently,” one commenter said. “But I would just like to say that SpaceX is doing an amazing job in Texas, and that I would like to see this process move a bit faster.”

“I’m a Georgia resident not representing any organization or special interest group,” another commenter said. “I’m speaking on behalf of my personal capacity as an enthusiastic supporter of SpaceX and a supporter of the human enterprise to push mankind’s boundary beyond Earth.”

“My house shakes with little rockets, and it sounds like the rocket is coming right over my head. And when they lose these heavy rockets, you’re already seeing cracks and certain seismic issues having to do in South Padre Island.”

Supporters had their own interpretations of the intense noise. “Regarding the sonic booms and the noises caused by SpaceX operations, they should be met with a consideration that the shaking of your chest is a positive thing.

SpaceX’s operations not only inspire hope in so many across this nation and the world [but are] propelling humanity on a course of togetherness and prosperity,” one supporter said.

Critics representing environmental groups joined the calls to express concerns about SpaceX construction and operations harming the surrounding wetlands and endangered species, including birds called plovers that nest in the area.

Others also worried about the vague nature of SpaceX’s plans to build a natural gas plant in the area to provide methane for the rockets; without details, they say the impacts of a plant are difficult to assess.

In response, supporters argued that Cape Canaveral, Florida home of the US’s busiest spaceport also operates near a wildlife preserve. You can get more details here.