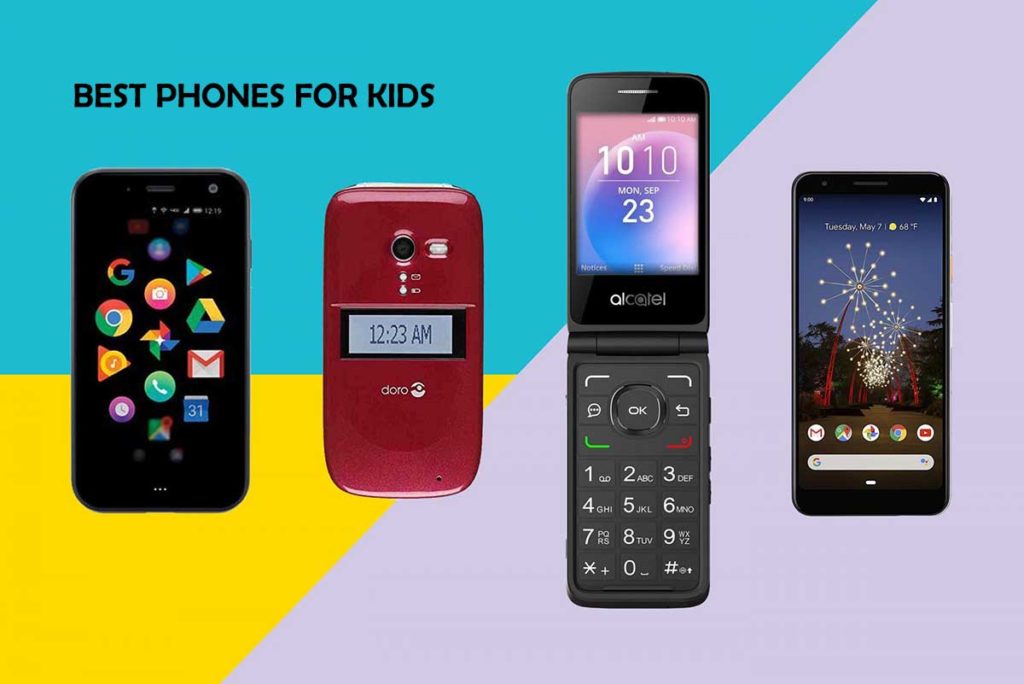 If you want to get a mobile phone for your child, then this article will help as a guide on it.

Getting a phone for younger children would mean a device that can be restricted to just calling and texting. While for teens, a device that can access the proper apps and also a Family Protection service to restrict them off bad websites.

On this Best Phones For Kids list and ranking, some devices are selected based on child age. A mobile phone for a 3-4 years old, won’t be a wise choice for a 9-10 as well as a 14-15 years old child.

I will be separating the Best Phones For Kids based on young children, pre-teens, and teens.

Here are some of the best mobile devices for younger children;

The Relay is a kind of GPS-enabled walkie-talkie with push-to-talk rather than the familiar calling screen. It uses 4G LTE for a US-wide range and also connects to Wi-Fi networks you’ve set up in the parent app. And its battery is good for two days between charges.

You can create geo-fenced areas from 50 to 200m across and be notified if your child starts to wander off. And the case is both tough and water-resistant.

The no screen means no risk of a smashed display rendering your Relay redundant.

There are multiple Xploras, of which the Go Clip is the simplest and cheapest. It is designed to hook onto a belt or backpack via the included carabiner hook.

And enable you to track your child’s location via your smartphone app. It is designed for places such as festivals where your little ones can easily wander off.

And you can set up Safety Zones that will automatically notify you if your child leaves them. The Go is sold SIM-free but if you supply one you can also use it as a phone. With simple touchscreen controls and support for text messages and emoji.

Here are the best mobile devices to be used by pre-teens:

We have fond memories of the original 3310 from 2000. The new Nokia 3310 3G isn’t quite so tough. But it’s still reassuringly chunky and makes for a really great children’s phone.

There’s a brilliant battery with a whopping one-month standby time, a crisp, clear screen, an okay camera, and a customizable interface.

Although to the best of our knowledge there’s no easy way to remove the pre-installed Facebook and Twitter icons.

Although the 3310 3G is cheap, it’s still on the pricier side of the budget feature-phone market. There are other Nokia that does much the same as the 3310 for less, even with a bit less style.

The Jitterbug Flip was designed for and is marketed to older users. But the same features that make it a great phone for Grandma mean it’s also a good phone for younger users too.

There’s a camera, albeit not a fantastic one, and the user interface is simple to navigate.  Unfortunately, the Flip is quite a bit more expensive than other feature phones. And it’s limited to the GreatCall phone service in the US, although it’s available unlocked in the UK.

It’s very similar to the Nokia 3310 3G, but this one’s purely 2G. Which means it couldn’t use the internet even if it wanted to. And focused very firmly on the essentials: calling, texting, and playing Snake.

The battery is good for 15 hours of talking or a month on standby. There is a built-in FM radio with a headphone socket that your child probably won’t ever use. And it comes in black, blue or pink.

Here are the top choice for teens:

The iPhone SE is the best iPhone choice for kids as it is the cheapest and smallest. So, you will spend less and they won’t struggle with a massive phone.

Released in 2020 it means it’ll get software updates for four or five years. So, get your child a case for its fragile glass construction and there’s no reason it won’t last that long.

With a low starting price, this is a very capable Android smartphone that will keep your kid connected.  It has the latest Android 10, decent cameras, and good battery life. And a plastic build that hopefully won’t smash too easily.

It comes with 64GB storage which should be enough for most children’s app and photo needs. And an additional headphones jack.

The camera is solid, it has wireless charging. And comes with all the advantages if your family uses other Apple products.

A downside is that it won’t be supported for more than another year or two with software updates. So, if you want the latest security and features for longer, try the iPhone SE 2020.