Avatar and Facebook what do you think? Avatar is a new feature on Facebook that allows Facebook users to create a cartoon-like version of themselves. It’s just like the normal Snapchat’s Bitmoji and the Memoji feature on apple. Facebook Avatars are basically the social networking giant’s answer to Bitmoji. The Avatars allow you to reimagine yourself in cartoon form if that’s your jam. 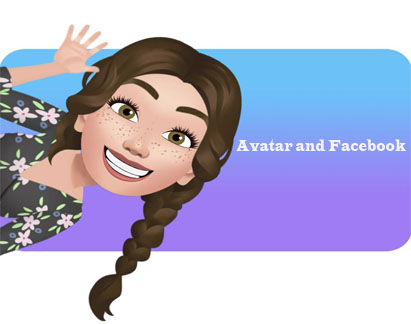 You can then use the avatar to create custom stickers that correspond to pre-formulated reactions. For example, you can have your avatar express laughter by rolling around in mirth or have your cartoon creation express sadness by bawling its eyes out

Avatars enable you to share a range of emotions and expressions via a digital persona that’s uniquely representative of you, so we’re excited to bring this new form of self-expression to more people around the world. With so many emotions and expressions to choose from, avatars let you react and engage more authentically with family and friends across the app.”

You can use your Facebook Avatar, you just need to tap on the smiley face icon in any text field and then select the avatar from the sticker section.

Facebook said it wanted to give users a better way to express themselves, so it’s introducing Facebook Avatars. Here’s how they’re described:  With so many emotions and expressions to choose from, avatars let you react and engage more authentically with family and friends across the app.”

According to Fidji Simo, head of the Facebook App, everyone should have access to avatars. To access the feature, people should click on the three horizontal bars in the top right of their phone screen before selecting “see more”.  It will open the Avatar creator.”

Now for you to create an avatar on Facebook then you must know the steps to follow and here are the steps below:

Now once you have created the avatar in your Facebook app, you will now be able to use your avatar on your desktop, laptop, iPad, or other tablets.