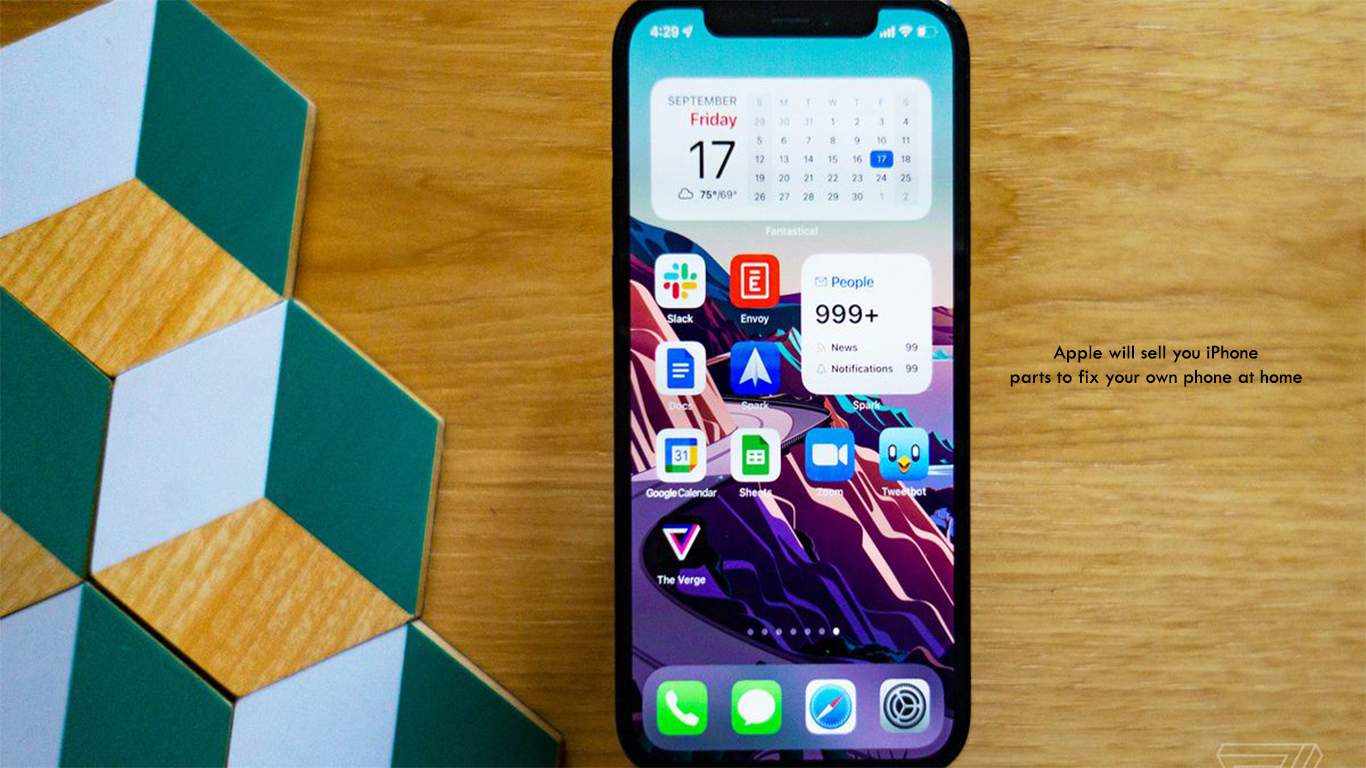 Apple is right now opening up iPhones and Macs to DIY repairs. The company is making plans to start selling parts and tools and giving instructions on how to repair your Apple products at home, without needing to bring them into a store or to a third-party repair shop.

Apple is making plans to start with the iPhone 12 and 13, followed by the Macs with M1 chips. You will be able to replace even the iPhone’s display, battery, and camera using parts that are from Apple at first, with other options to come later on.

This is a huge shift from Apple, which has historically been resistant to the right-to-repair movement, and from any repairs happening outside of its own stores.

Even this week, Apple was walking back software that prevented Face ID from working if customers replaced their own screen.

Ifixit Celebrated the Move but Noted Some Substantial Caveats

According to the verge, Apple is calling the program “Self Service Repair,” and it is said to launch “early next year” in the US and then expand to many other countries.

The company claims that the program is meant only for “individual technicians with the knowledge and experience to repair electronic devices” and that most customers should still need to go to a professional.

But at least Apple is now offering an option for the customers who do feel comfortable undertaking the repair by themselves. Critically, making these repairs yourself will not void a device’s warrant, according to TechCrunch, although you damaging your device in the process still might.

The change also helps to further entrench Apple in the repair process. The company already has a program to sell “genuine” parts to third-party repair shops.

And this announcement makes it all the more likely customers will buy full-priced parts from Apple parts that won’t trip off iPhone systems that try to prevent the use of components that weren’t bought from Apple rather than looking for aftermarket options in the limited circumstances where that might be possible.

iFixit, the go-to resource for DIY repair parts and instructions, celebrated the move but noted that it came with substantial caveats.

Apple’s decision is “a remarkable concession to our collective competency” and invalidates many of the arguments that Apple and other companies have made against the right to repair, writes Elizabeth Chamberlain, iFixit’s director of sustainability.

But Chamberlain notes that this still isn’t “the open-source repair revolution we’ve sought through our fight for the right to repair” because it appears to still support restrictions that require parts to be bought straight from Apple.

Apple says it plans to sell “more than 200 individual parts and tools.” The company will also offer repair manuals that customers can review before buying the parts.

Pricing for the parts and tools hasn’t been announced. Apple says customers can receive a recycling credit for returning their used parts after completing a repair.